SEOUL, May 12 (Yonhap) -- The nominee to serve as South Korea's new point man on North Korea said Thursday he will "positively consider" a push for visiting Pyongyang as a presidential envoy to meet leader Kim Jong-un.

Speaking to lawmakers during his confirmation hearing, Kwon Young-se, a veteran politician tapped as unification minister, said he will discuss the issue with the other members of the national security team of President Yoon Suk-yeol, after assuming the post, in consideration of the security situation on the peninsula.

"Whether it's in the form of a special envoy or anything else, I personally hope to have an opportunity for candid talks on improving inter-Korean relations, including denuclearization, considering relations between the Koreas," he said. 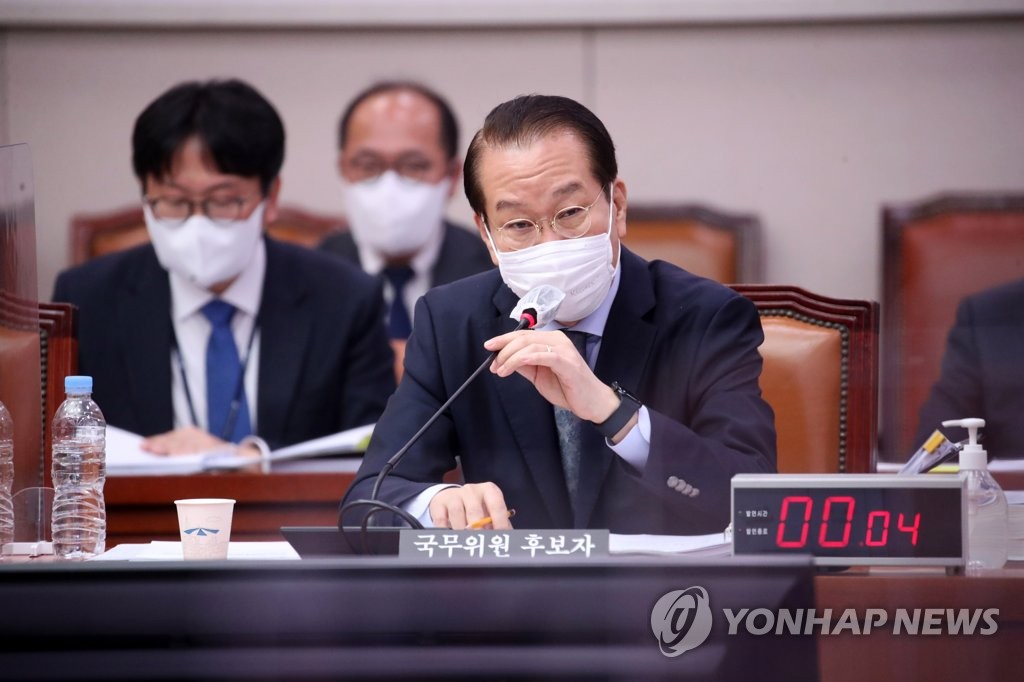 His message adds to speculation that Yoon of the conservative People Power Party, who has signaled a "principles-based" tough approach toward the nuclear-armed North, may seek to send a special delegate there in a bid for a breakthrough in the frosty inter-Korean relations. Even if the Yoon government delivers such an offer of sending a special envoy to Pyongyang, it is uncertain whether the reclusive Kim regime will accept it, given its yearslong refusal to resume dialogue.

Kwon stressed the need for the "normalization" of inter-Korean ties and said the government will strive to create conditions for dialogue with the North via a "practical" approach.

Noting that the North is accelerating its development of nuclear weapons and continuing provocations, he said now is "the time for sanctions" and inter-Korean economic cooperation can be discussed later after talks are resumed for denuclearization.

Regarding Yoon's talk during his campaign trail of a possible need for a preemptive strike against the North, Kwon made clear it is not an option to be sought hastily due to several realistic constraints.

"We will first (try to) bring them to dialogue before talking about regime stability or economic assistance," he said.

Taking office earlier this week, Yoon stated he will offer an "audacious plan" to help improve the North's economy if the communist country takes steps to abandon its nuclear weapons.