SEOUL, May 12 (Yonhap) -- The office of President Yoon Suk-yeol said Thursday that humanitarian assistance to North Korea is possible in theory after Pyongyang reported its first COVID-19 case.

"I understand that he thinks of humanitarian assistance as an exception," a presidential official told reporters when asked if Yoon is considering sending medical or antivirus aid to North Korea,

The official did not elaborate, but the remark is believed to mean that humanitarian assistance should be an exception to sanctions. 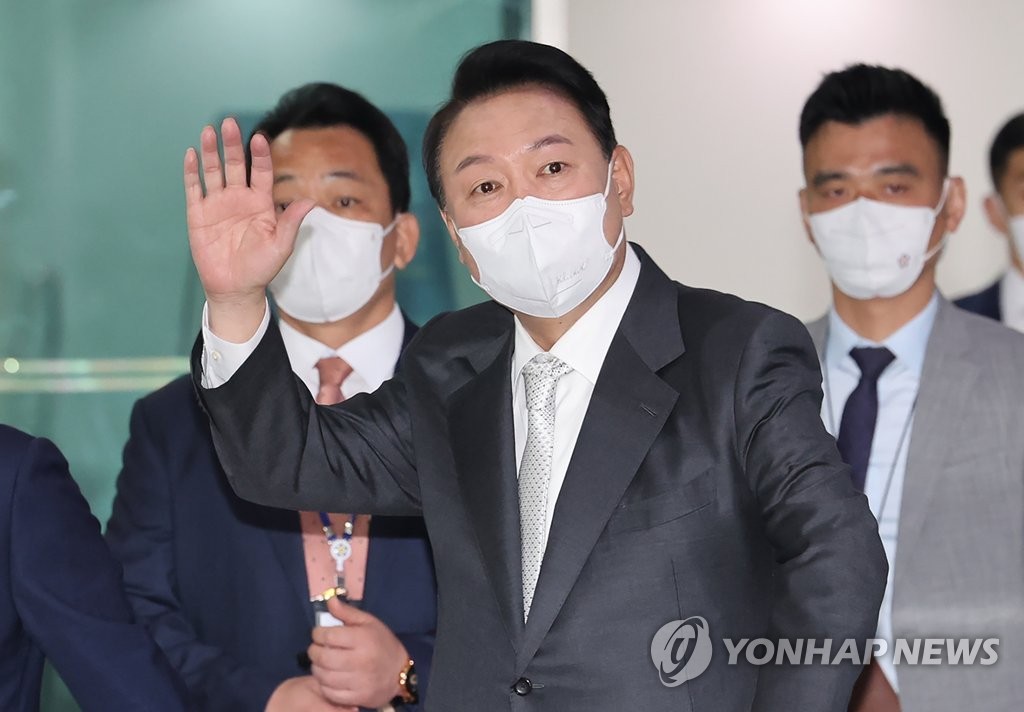 Yoon's office later cautioned against reading too much into it, saying the remark should not be interpreted as meaning that the government is looking into sending humanitarian aid to the North.

"We reiterate that it was clearly a theoretical response," it said.

The new administration has vowed to bolster capabilities to deter North Korea's nuclear and missile threats.

At the same time, it has promised to provide "unconditional" humanitarian support, including emergency assistance against COVID-19, should the North accept it.

In his inauguration speech Tuesday, Yoon said he would leave the door open for dialogue with North Korea and offered to revive its economy with an "audacious plan" if it took steps to denuclearize.