The extraordinary session was held two days after Yoon's inauguration to demonstrate his commitment to a campaign promise to swiftly compensate small merchants for their losses caused by COVID-19 business restrictions. 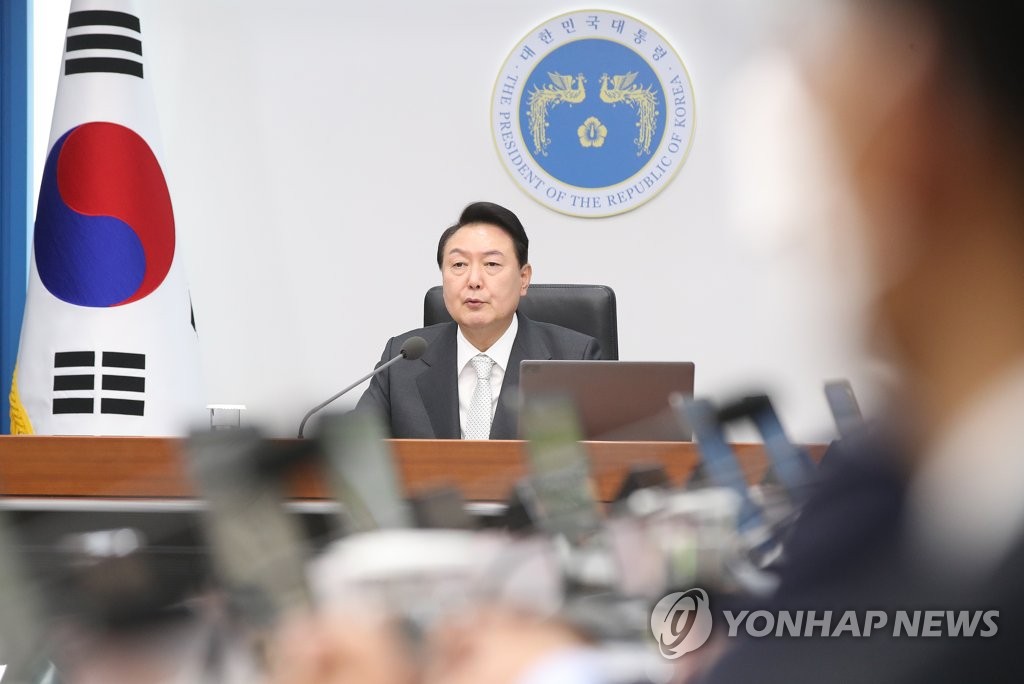 "As I have repeatedly emphasized, compensation for losses incurred in the implementation of antivirus measures is the state's duty," Yoon said during the meeting at the new presidential office in Seoul's central district of Yongsan.

"It must be provided in a timely manner as, if we do not put out the urgent flames, there could be bigger threats to our fiscal health down the road," he said.

The extra budget -- the first under Yoon and the eighth during the pandemic -- calls for a 36.4 trillion-won spending plan, including cash handouts to small merchants, and 23 trillion won in grants to regional governments, according to the finance ministry.

Specifically, some 3.7 million merchants and micro business owners will be eligible for cash handouts of between 6 million won and 10 million won each, depending on the decline in sales they experienced.

Yoon urged the Cabinet members to do their best to ensure the proposal quickly passes through the National Assembly.

The meeting was attended by two members of the previous Moon Jae-in government -- Health Minister Kwon Deok-cheol and Land Minister Noh Hyeong-ouk -- to meet the quorum.

The two have remained in office pending parliamentary confirmation of their replacements.