SEOUL, May 12 (Yonhap) -- North Korea fired three short-range ballistic missiles toward the East Sea Thursday, the South Korean military said, in its first major provocation since the launch of the Yoon Suk-yeol administration.

The Joint Chiefs of Staff (JCS) said it detected the launches from the Sunan area of Pyongyang at 6:29 p.m. Other details were not immediately available.

The launch, the North's 16th show of force this year, came despite speculation that the North may slow down its weapons tests as it reported its first COVID-19 case earlier in the day with the enforcement of the "maximum emergency" virus control system.

"While strengthening monitoring activities and vigilance, our military, in close cooperation with the United States, is maintaining a full readiness posture," the JCS said in a text message sent to reporters.

Yoon of the conservative People Power Party was sworn in on Tuesday.

During his campaign, Yoon highlighted his tough stance on the North's military threats. But in his inauguration ceremony, he pledged to present an "audacious plan" to enhance the North Korean economy if the country embarks on a process to complete denuclearization. 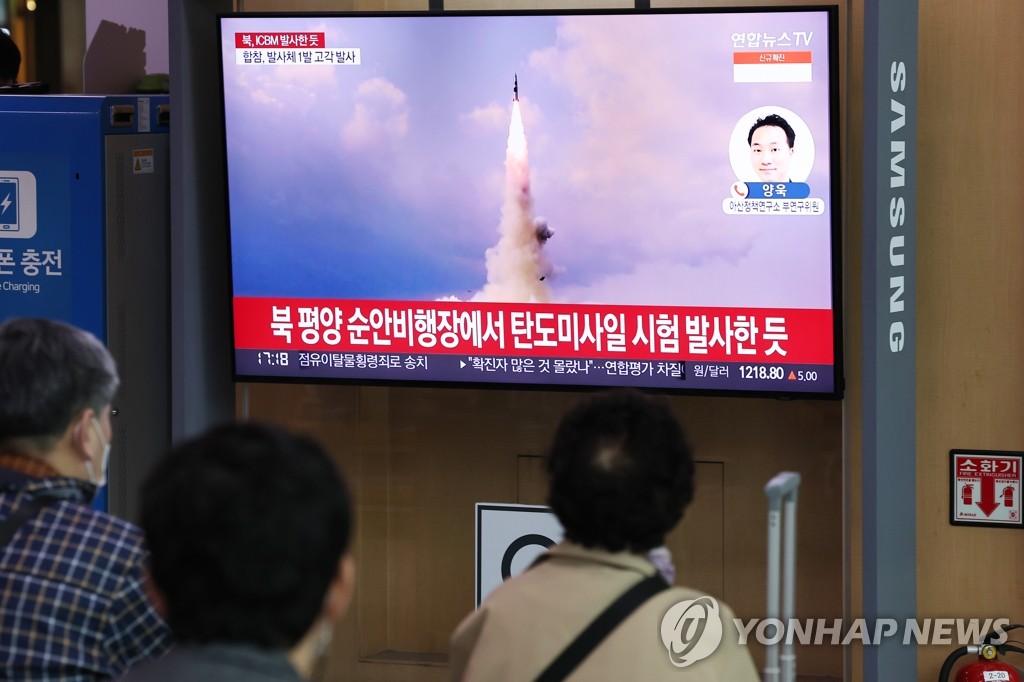