SEOUL, May 13 (Yonhap) -- South Korea said Friday it has decided to ease requirements to enter the country amid a downward trend in COVID-19 cases, a move that could boost convenience for inbound travelers.

Still, rapid antigen tests must be carried out by medical professionals 24 hours before arrival in South Korea.

Beginning June 1, international arrivals will be required to undergo a PCR test within three days of their entry into South Korea. Currently, the mandatory test is required on the day of arrival.

South Korea is set to increase the number of weekly flights on international routes to 762 in June from 420 in April and 532 in May amid growing air travel demand, Interior Minister Lee Sang-min said. 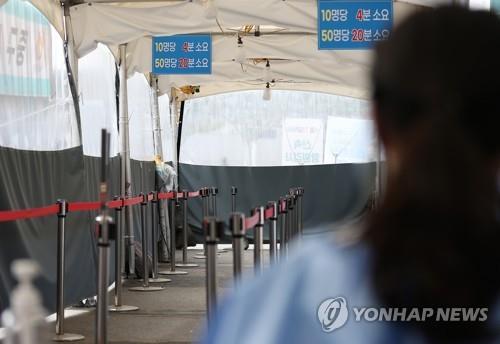 The decision came as South Korea's new daily infections have been on a downward trend in recent weeks after peaking at over 620,000 on March 17 amid the spread of the omicron variant.

On Friday, South Korea reported 32,451 new COVID-19 infections, including 15 cases from overseas, bringing the total caseload to 17,727,086, according to the Korea Disease Control and Prevention Agency (KDCA).

The number of critically ill patients came to 347, down seven from a day earlier.

The KDCA has urged those aged 60 and older to receive second booster shots to try to reduce deaths and prevent them from becoming critically ill patients.

As of midnight Thursday, 44.56 million people, or 86.8 percent of the 52 million population, had been fully vaccinated, according to the KDCA data. 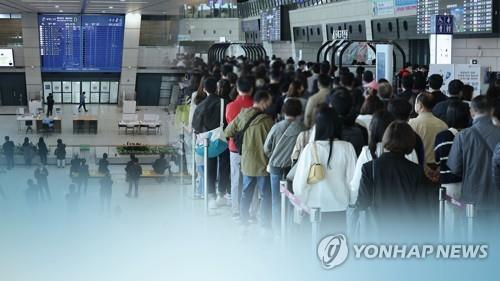