SEOUL, May 13 (Yonhap) -- Samsung Electronics Co. on Friday held its first 6G forum with experts from academia and industry to discuss the future of communications technologies, in a bid to lead 6G research and development and standardization.

At the forum, titled "The Next Hyper-Connected Experience for All," global industry experts had presentations and discussions on the topics of 6G air interface and AI-based intelligent networks for 6G.

"We envision that 6G will provide ultimate experiences for humans and everything through the next level of hyper-connectivity, and this idea serves as the foundation of our 6G vision," Sebastian Seung, president and head of Samsung Research, said during his speech.

While 5G communication networks are still in the process of commercialization around the world and often face complaints from users about quality and speed, Seung said it was time to start preparing for 6G.

"Shaping 6G will require many years, as we have seen with previous generations, and will need lots of discussion and collaborations among players in industry and academia," he added. 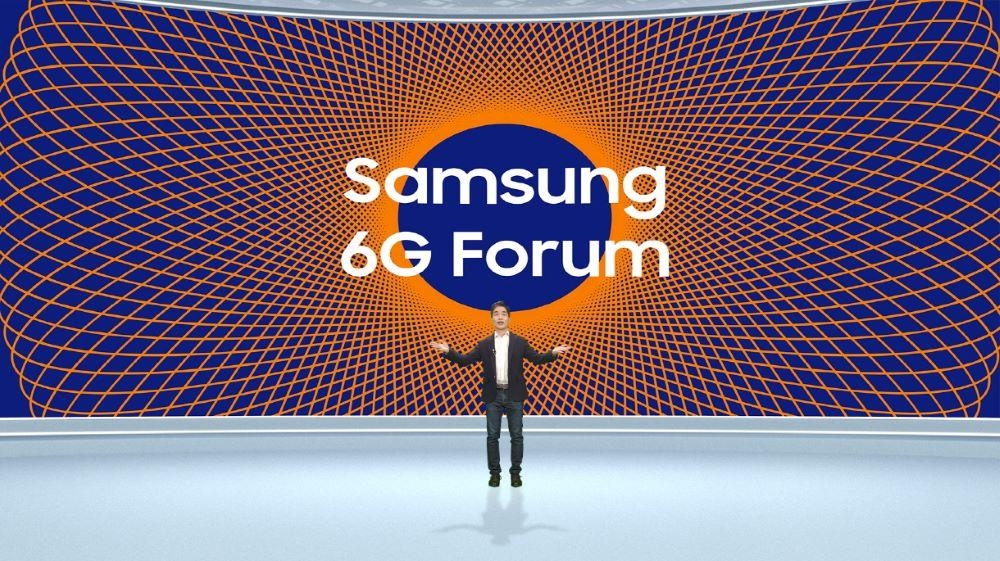 Samsung released a white paper earlier this month, laying out its vision for 6G, characterized as "ultra-wideband, ultra-low latency, ultra-intelligence and hyper-spatialization," and ways to secure global frequency bands for 6G.

The South Korean tech giant has been working on developing unified global standards for mobile communications. It was among the first to commercialize 5G in April 2019.

It expected the standardization of 6G to be realized around 2025, which Samsung said would usher in the hyper-connected world by increasing communications speed and enabling mobile-based virtual reality experiences.

In September 2020, Samsung won a US$6.64 billion deal to provide 5G communications solutions to Verizon. It was the largest network-related deal ever made by a South Korean firm.

Earlier this month, it signed another 5G equipment deal, believed to be worth more than 1 trillion won, with U.S. wireless carrier DISH Network.

Lee Jae-yong, the de facto leader of Samsung Group and Samsung Electronics vice chairman, has called for preemptive investment in the communications network business, calling it one of the tech giant's future growth drivers.