SEOUL, May 13 (Yonhap) -- President Yoon Suk-yeol on Friday offered to send COVID-19 vaccines to North Korea, his spokesperson said, a day after Pyongyang acknowleged an outbreak for the first time since the pandemic began.

After claiming for over two years that it was coronavirus-free, the North reported its first case of COVID-19 on Thursday, saying the country declared the implementation of the "maximum emergency" virus control system.

"President Yoon Suk-yeol plans to provide the North Korean people with COVID-19 vaccines and other medical supplies," presidential spokesperson Kang In-sun said in a statement. "Suspected cases are said to be rising explosively in North Korea recently due to a massive COVID-19 outbreak. We will hold discussions with the North Korean side about details."

One of the people who died was confirmed to have been infected with the omicron variant, according to the Korean Central News Agency. 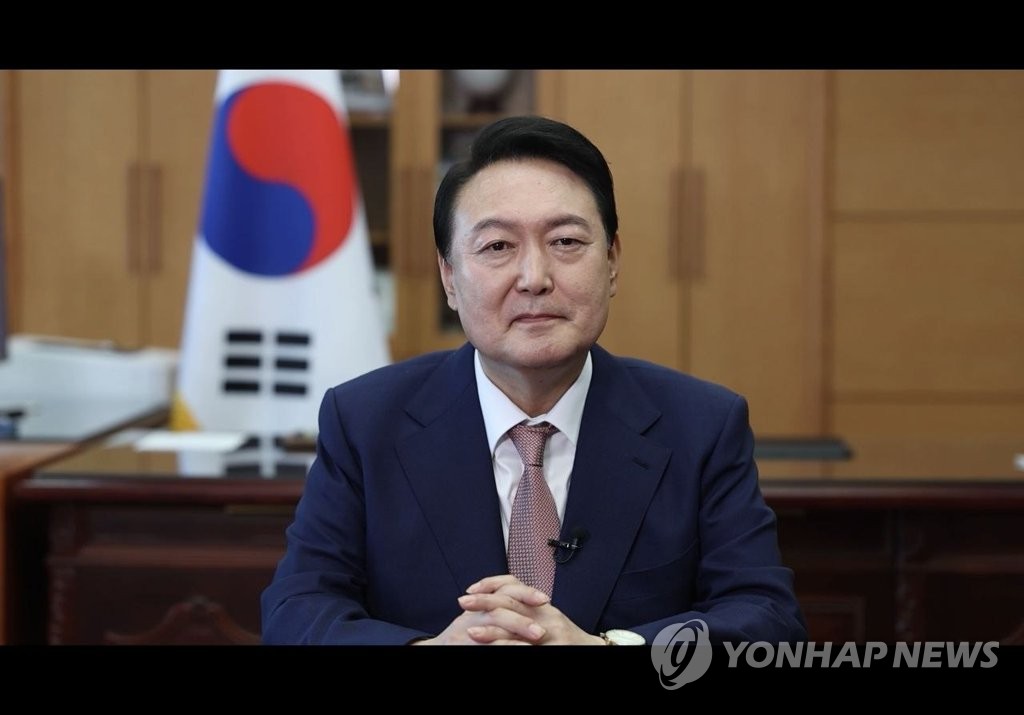 A presidential official told reporters the North's situation is worse than reported.

"We know more than what was announced," the official said on condition of anonymity. "It's more serious than thought."

The North has not reached out to the South yet, but Seoul will remain ready to respond should it ask for assistance under the principle of separating humanitarian aid from military and security issues, the official said.

The official did not elaborate but was apparently referring to international sanctions imposed on North Korea over its nuclear and missile programs that preclude most economic exchanges with the country.

The decision to offer aid was not discussed in advance with the United States, the official said.

North Korea's acknowledgement of the outbreak came as the regime has continued to test missiles and shown signs of preparing for a nuclear test as early as this month.

On Thursday, Pyongyang fired three short-range ballistic missiles toward the East Sea in its first show of force since Yoon's inauguration Tuesday, drawing condemnation from Seoul and Washington.

Notably, the presidential National Security Office said the government "deplored North Korea's two-faced actions" in continuing to carry out ballistic missile provocations while neglecting its people's lives and safety amid the spread of the virus.

Yoon was elected after signaling a hard-line stance on North Korea's nuclear program with suggestions of the need to carry out a preemptive strike in the event of an imminent threat against the South.

But he struck a softer tone in his inauguration speech Tuesday, saying the door to dialogue would remain open and that South Korea was prepared to work with the international community to present an "audacious plan" to revive the North's economy if it took steps to denuclearize.

Yoon also told the Voice of America in a recent interview that he is open to meeting with North Korean leader Kim Jong-un but only if it will lead to "tangible results" for denuclearization and an improvement in cross-border ties.