His illegal entry to Ukraine has spurred various speculation and rumors ranging from his death in Ukraine to his stay at a cozy hotel near the country's border with Poland and allegations that he is only interested in shooting his YouTube videos there.

"Criticizing and insulting soldiers combating on the front line in war situations and spreading false information about them is a serious crime considered acts of propaganda or spying," he wrote on his YouTube channel, ROKSEAL, on Thursday. 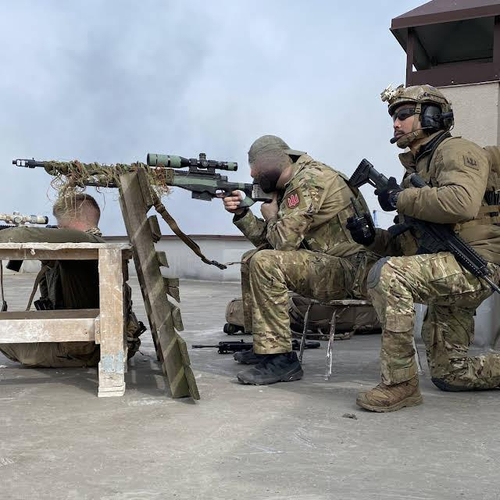 In a related move, he told a local broadcaster Friday that all the rumors about him are "fake news."

"Clearly, I'm still live and there are video clips of me combating in the war," he said during an interview with the SBS Entertainment News. "All the rumors are fake news."

He claimed he was tasked with creating a special team of multinational combat veterans in the first week of his joining the war and that he has conducted an operation in the town of Irpin, outside Kyiv. He also said he is the only South Korean national in his military unit.

As for the punishment he faces for violating the Passport Act, Rhee said, "I don't know when I can go back. I bought a one-way ticket to enter Ukraine."

South Korea has banned its nationals from traveling to all regions of Ukraine since mid-February amid safety concerns. Those who enter the country without approval can face up to a year in prison or a maximum fine of 10 million won (US$8,150) under the law.