In the June 1 elections, voters will pick 17 metropolitan mayors and provincial governors and 226 heads of lower-level administrative units.

Also up for grabs are 779 seats in metropolitan and provincial councils and 2,602 seats in city, county and municipal district councils.

According to the NEC, a total of 7,580 people filed their candidacies during the two-day registration period that ended Friday. 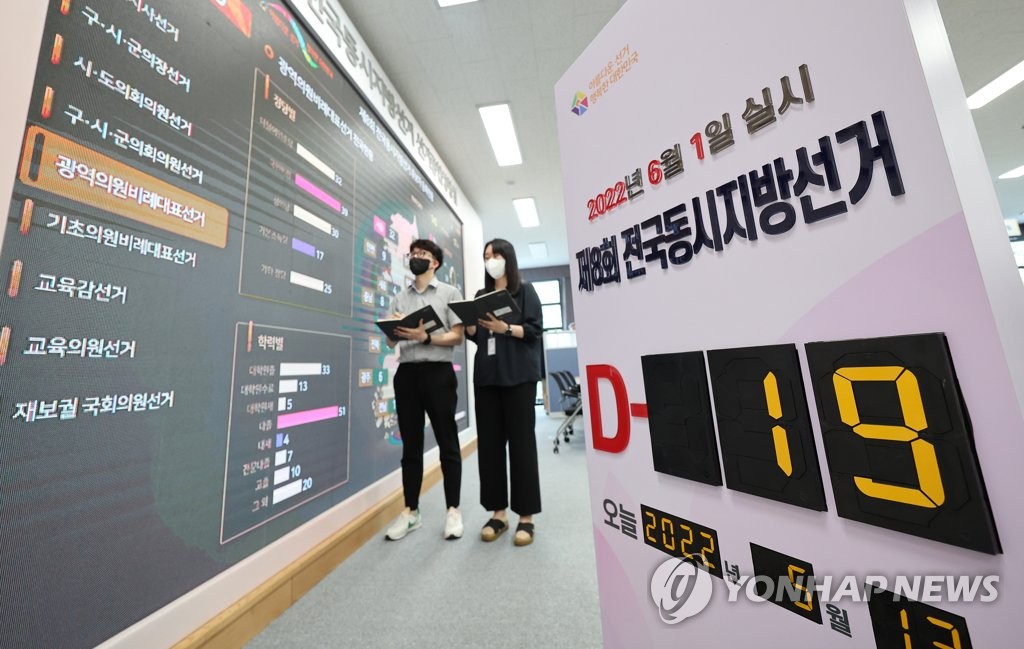 The competition rate was 1.8 to 1, the lowest on record, breaking the previous record low of 2.3 to 1, which was set in the 2014 local elections.

A total of 55 people registered to run in elections for metropolitan mayors and provincial governors, showing a competition rate of 3.2 to 1, the NEC said.

The Seoul mayoral race will be contested by five candidates, including incumbent Oh Se-hoon of the ruling People Power Party (PPP) and Song Young-gil, former chairman of the main opposition Democratic Party (DP).

Six candidates will compete to become the next Gyeonggi Province governor, including former Finance Minister Kim Dong-yeon of the DP and former lawmaker Kim Eun-hye of the PPP.

A total of 15 candidates are running in parliamentary by-elections to be held in seven districts on the same day, meaning the competition rate is 2.1 to 1, the NEC said.

The 13-day official campaign period starts on May 19.
(END)