SEOUL, May 15 (Yonhap) -- The Toronto Blue Jays' South Korean starter Ryu Hyun-jin has marked his return from injury with the best outing of the young season.

Ryu was charged with one earned run on four hits in 4 2/3 innings against the Tampa Bay Rays at Tropicana Field in St. Petersburg, Florida, on Saturday (local time). That lone run came via a leadoff home run by Yandy Diaz in the bottom first, and Ryu held the Rays to three more hits the rest of the way.

It was Ryu's third start of this season but first since April 16. He was placed on the 10-day injured list (IL) on April 17 with left forearm inflammation. 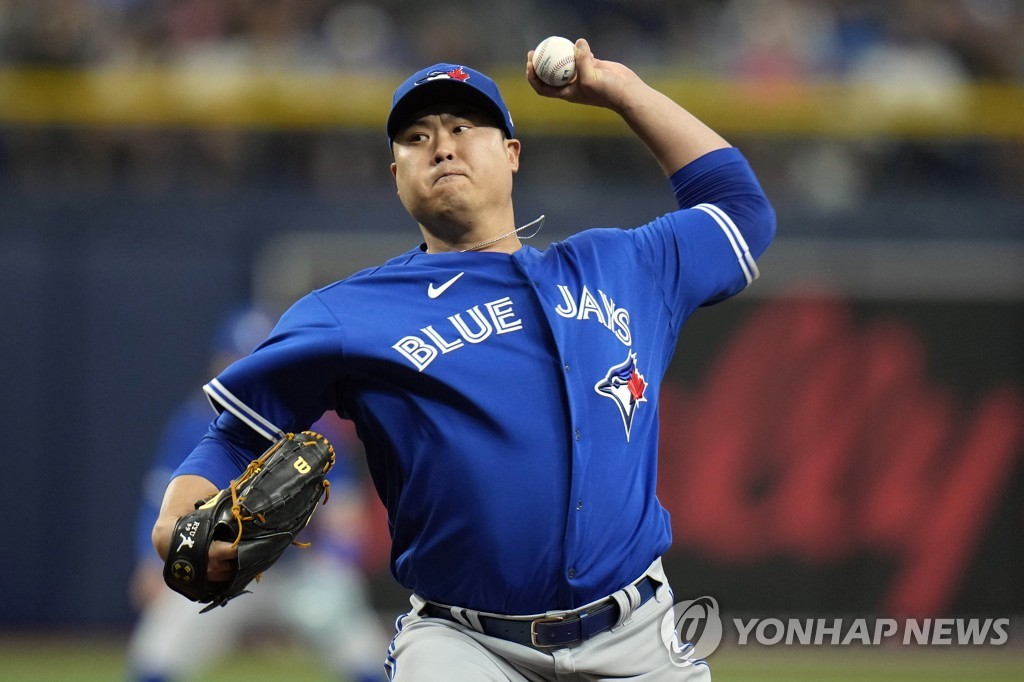 Ryu made a rehab outing in Triple-A earlier this month before being activated from the IL in time for Saturday's game.

Ryu was lifted for reliever Yimi Garcia with two outs in the fifth inning and the game tied at 1-1. Ryu's pitch count had reached 71, with 44 having been strikes.

The Blue Jays erupted for four runs in the top of the eighth to win the game 5-1, snapping their five-game losing skid. Teoscar Hernandez and Danny Jansen each homered in that decisive inning, while four relievers after Ryu limited the Rays to only two hits.

In his season debut on April 10 against the Texas Rangers, Ryu was rocked to the tune of six earned runs on five hits in 3 1/3 innings. Six days later, facing the Oakland Athletics, Ryu allowed six runs -- one unearned -- on six hits in four frames. He did not factor into a decision in either game.

Noticeable dips in velocity had been a concern for Ryu in his previous outing, but numbers were more encouraging in this one. Per Statcast, Ryu averaged 90.3 miles per hours (mph) with his four-seam fastball, up from the seasonal average of 89.5 mph. He touched 92.1 mph, also a season high.

Ryu also missed more bats on Saturday than he had in previous starts. Tampa Bay hitters took 12 swings at Ryu's 14 changeups and fanned four times, for a 33 percent whiff rate. Overall, Ryu had a 24 percent whiff rate, compared to 15 percent on both April 10 and 16. 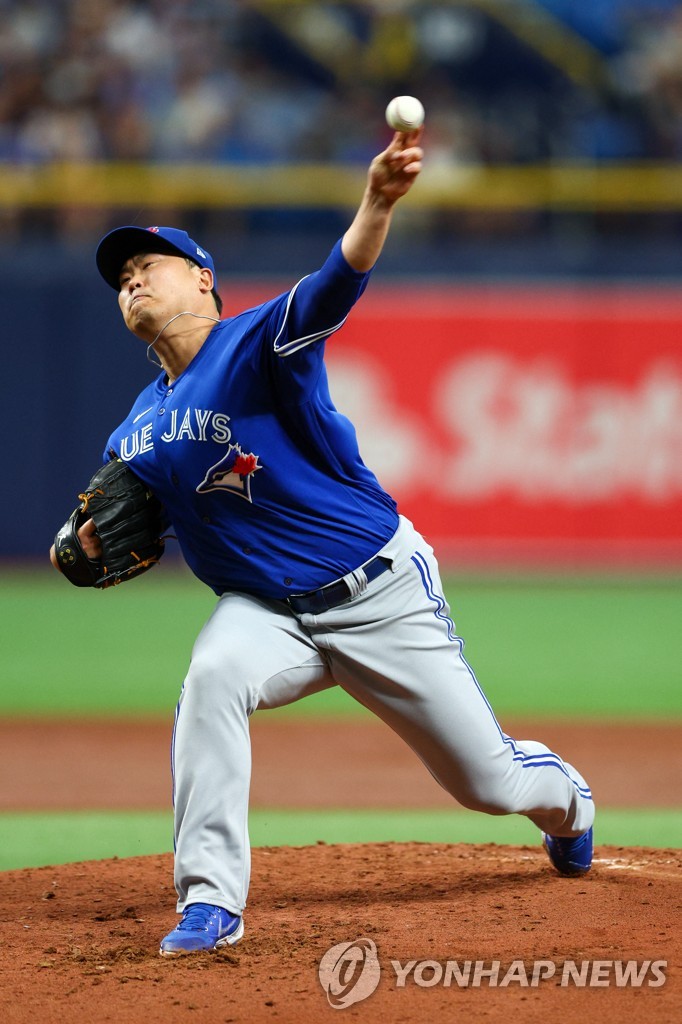 Diaz welcomed Ryu back to the big leagues with an opposite field home run in the bottom first, driving a 3-2 changeup over the wall in the right field.

Ryu gave up a two-out double to Harold Ramirez but struck out Randy Arozarena to escape the first inning with no further damage.

Ryu settled down afterward. He retired the side in order in the second inning on 10 pitches, and needed nine pitches for a three-up, three-down third inning. 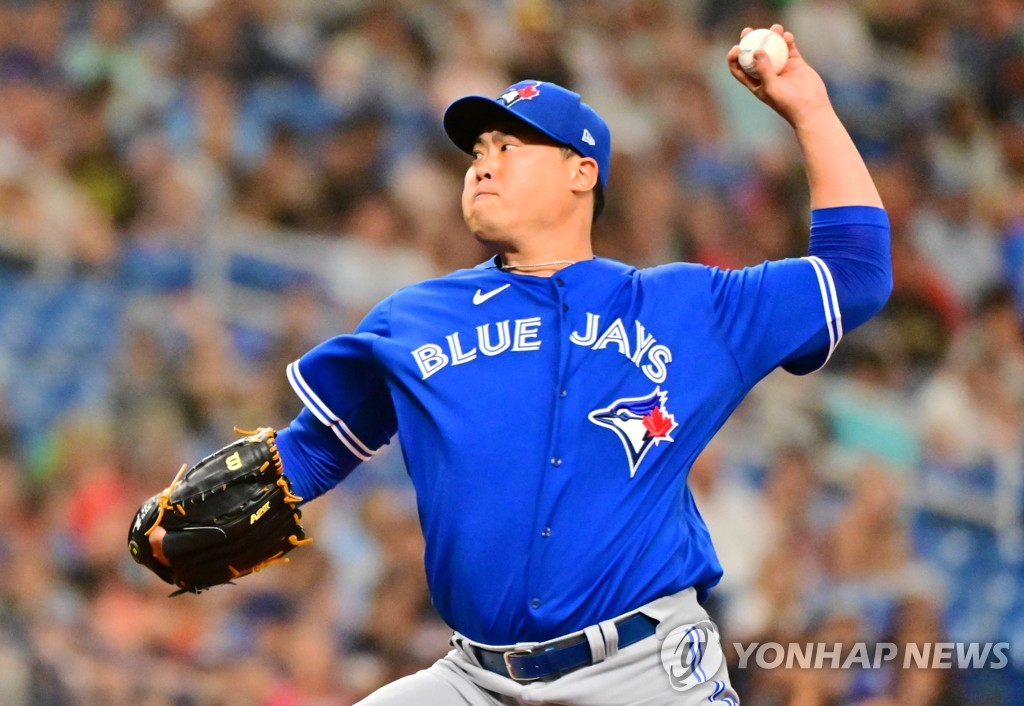 Manuel Margot led off the fourth inning for the Rays with a single, before Ryu got Ramirez to fly out to center. Arozarena's single put two men aboard, but Ryu escaped the jam with an unconventional, 5-4 double play ball off the bat of Vidal Brujan.

After striking out Mike Zunino to begin the fifth, Ryu walked Taylor Walls on four pitches. Following a mound visit, Ryu struck out Brett Phillips but that was it for the South Korean left-hander on this day.

The Rays benched their South Korean first baseman Choi Ji-man at the start of this game, foiling an all-Korean pitcher-batter duel between Ryu and Choi. 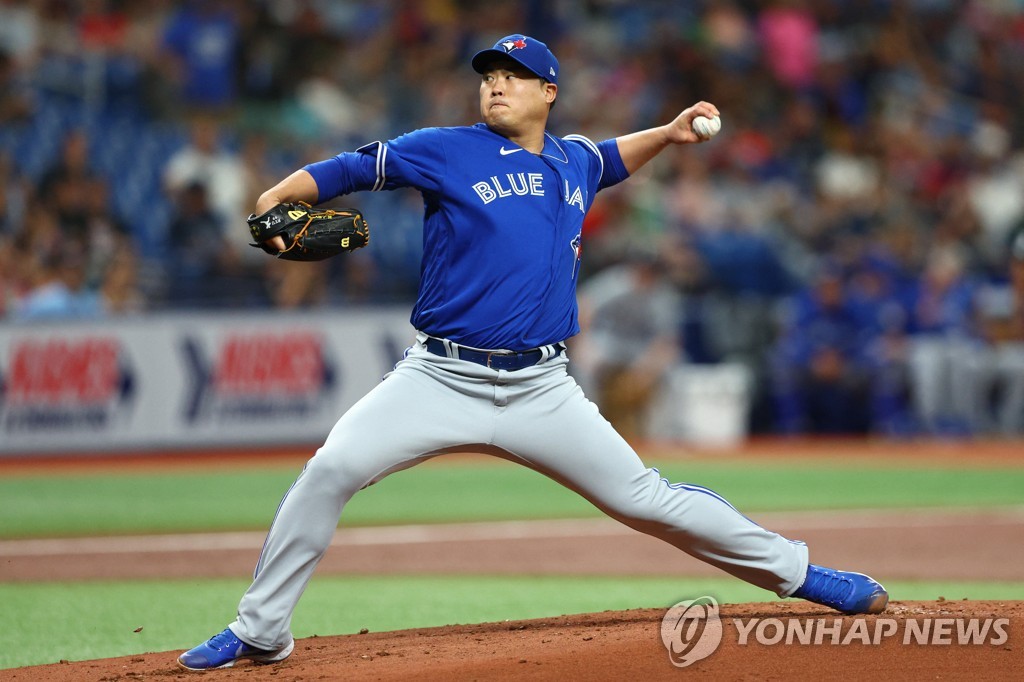