SEOUL, May 15 (Yonhap) -- South Korea's new coronavirus cases stayed below 30,000 for the second straight day Sunday in the latest sign that the country's virus cases are on a downward trend amid eased virus curbs.

The country added 25,434 new virus infections, including 26 cases from overseas, bringing the total caseload to 17,782,061, according to the Korea Disease Control and Prevention Agency (KDCA). 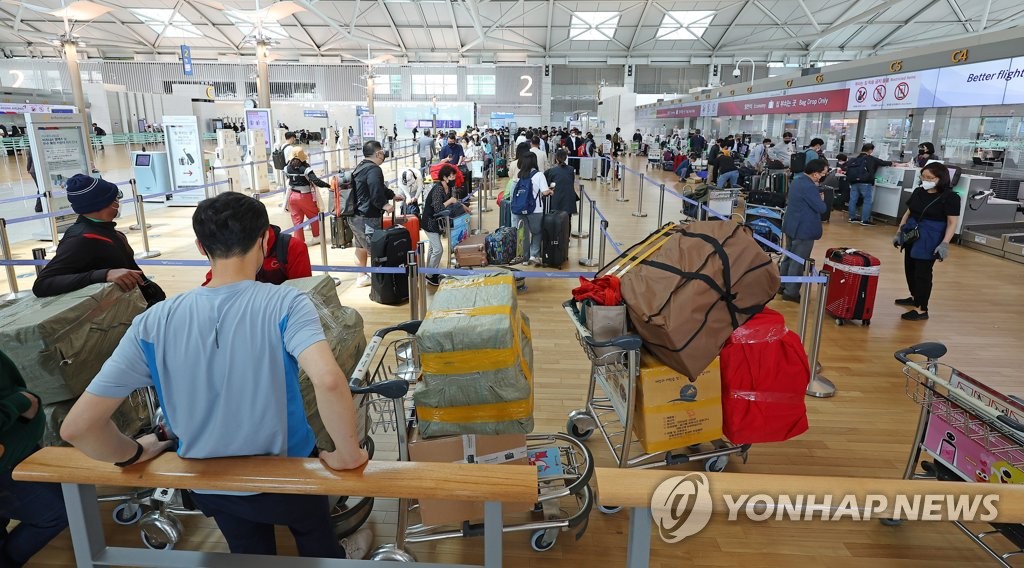 On Friday, South Korea announced a plan to ease requirements to enter the country in a move that could boost convenience for inbound travelers.

Still, rapid antigen tests must be carried out by medical professionals 24 hours before arrival in South Korea.

Beginning June 1, international arrivals will be required to undergo a PCR test within three days of their entry into South Korea. Currently, the mandatory test is required on the day of arrival.

Of the locally transmitted cases, Seoul accounted for 4,025, with its surrounding Gyeonggi Province taking up 5,799 cases. There were also 1,150 additional patients from Incheon, west of the capital city.

According to the KDCA, the number of cases for the midnight-9 p.m. period has dropped below 20,000 for the first time since May 1.

Cases are counted through midnight and announced the following morning. For a full day, South Korea last had fewer than 20,000 cases on Feb. 1.

South Korea has averaged 33,969 cases per day over the past week, and the figure to be announced Monday morning is likely to be well below that average.