SEOUL, May 16 (Yonhap) -- North Korean leader Kim Jong-un rebuked officials for failing to deliver medicine to its people in time amid the COVID-19 outbreak and ordered the mobilization of military personnel to stabilize the supply of medicine in the capital, state media said Monday.

The political bureau of the ruling Workers' Party of Korea convened an emergency consultative meeting again to discuss measures for epidemic control Sunday, according to the official Korean Central News Agency (KCNA).

During the meeting, Kim expressed his dissatisfaction that medicine has not been properly supplied to pharmacies, although the politburo had issued "an emergency order to immediately release and timely supply the state reserve medicines" and an "order for all pharmacies to switch over to the 24-hour operation system."

Kim then issued an "order of the chairman of the WPK Central Military Commission on immediately stabilizing the supply of medicines in Pyongyang City by involving the powerful forces of the military medical field of the People's Army," the KCNA said. 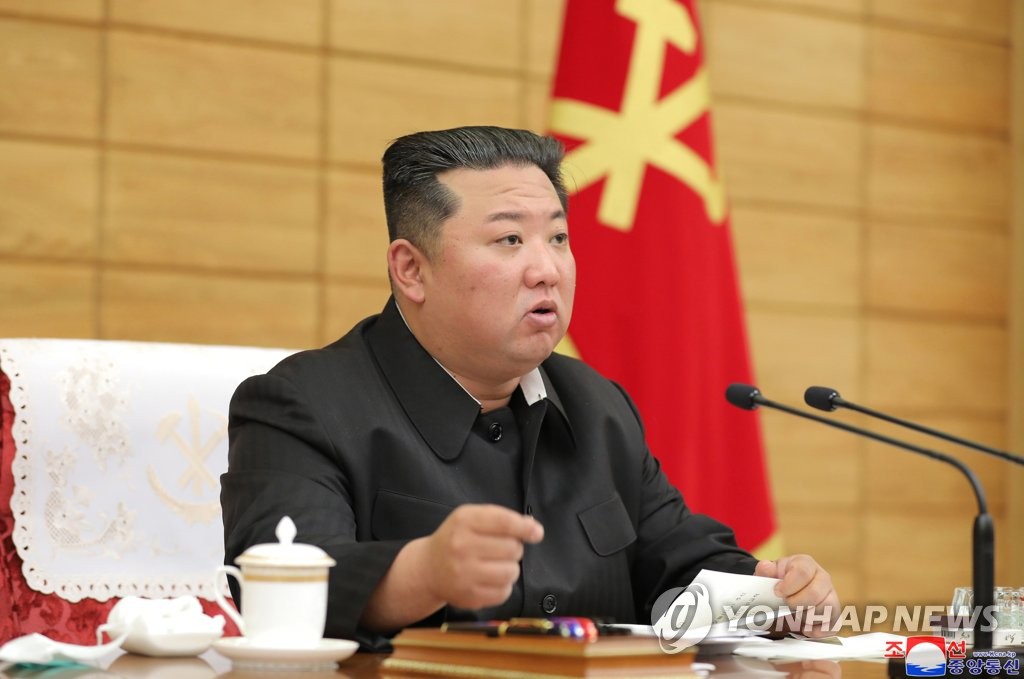 He berated the judicial and prosecutorial sector, specifically the director of the Central Public Prosecutors Office, for failing to conduct legal supervision and control over the supply of medicine and in correcting "several negative phenomena in the nationwide handling and sale of medicines."

He also strongly criticized the Cabinet and public health sector for their irresponsible work attitude, saying they have not yet "rolled up their sleeves" to serve the people.

After the meeting, Kim visited pharmacies in the Taedonggang District in Pyongyang to inspect the supply and sale of medicine and to check the type of medicines that have been supplied after he ordered the implementation of the maximum emergency system last week and whether they have been kept according to regulations.

He pointed out that most pharmacies are in "poor" condition, saying they are equipped with medicine display cases but lack "store houses," and criticized some pharmacists for offering service without wearing proper white gowns during his inspection.

On Sunday, North Korea reported eight additional deaths, raising the total number to 50, and over 392,920 people with symptoms of fever nationwide, it added.

Last Thursday, North Korea reported its first COVID-19 case since the global pandemic began after claiming to be coronavirus-free for over two years, and declared the implementation of the "maximum emergency" virus control system. 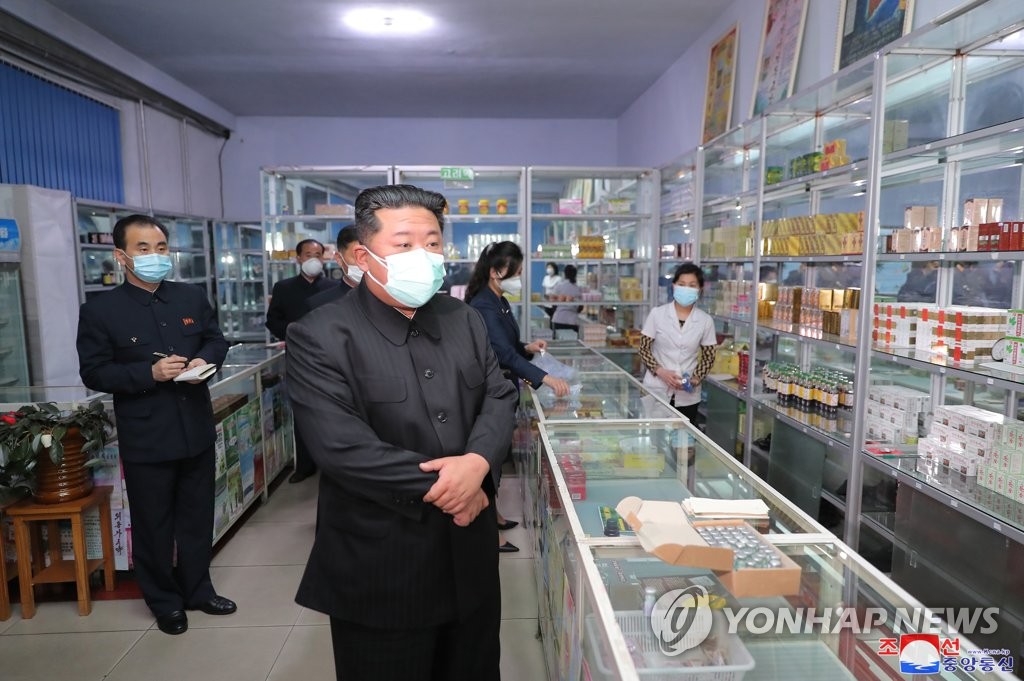