SEOUL, May 16 (Yonhap) -- South Korea's central bank chief said Monday he does not rule out the possibility of a 50-basis-point rate hike, as uncertainty about already-elevated inflation remains high amid surging energy prices and the won's weakness.

In April, the Bank of Korea (BOK) raised the policy rate by a quarter-percentage point to 1.5 percent, the fourth rate hike since August last year, in a bid to tame inflation and curb household debt.

Analysts forecast the BOK to increase the borrowing costs by another 0.25 percentage point at the May 26 policy meeting.

"It is not the stage where we can completely rule out the possibility of a big step hike," BOK Gov. Rhee Chang-yong told reporters after his first official meeting on economic situations with Finance Minister Choo Kyung-ho.

"Whether we could consider (a 0.5-percentage point increase) will rest on how much inflation rises going forward," Rhee said. 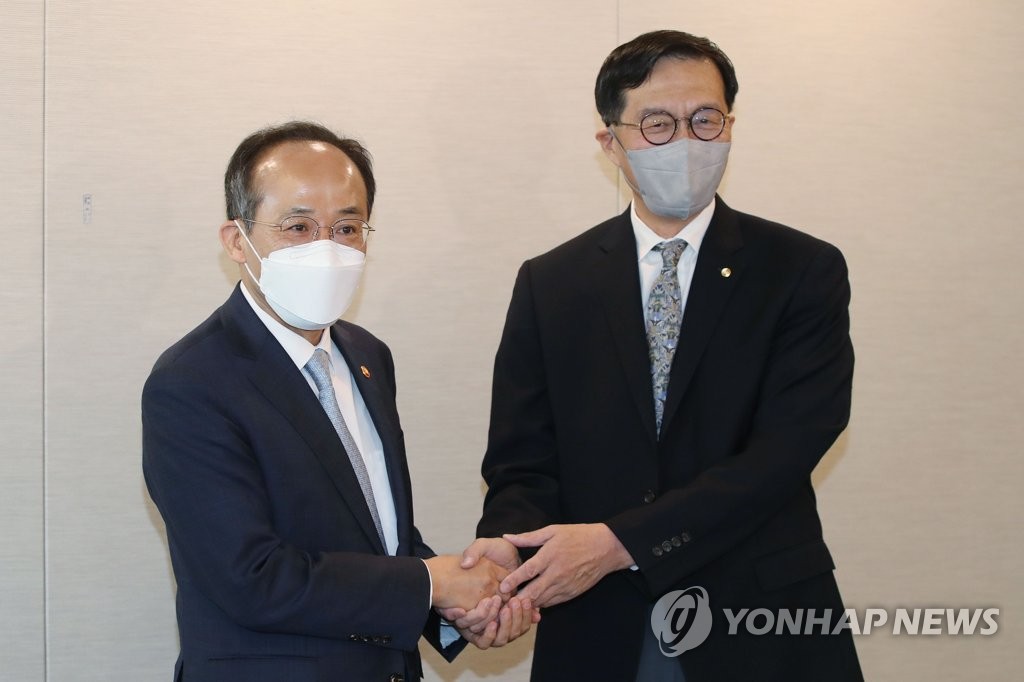 For the BOK, the mentioning of a half-point rate hike is unusual, as the bank has always raised the key interest rate by a quarter percentage point.

As bond prices lost ground, a senior BOK official said Rhee's remarks reflect a theoretical stance, in which the central bank leaves all possibilities open in response to inflation.

"His comments intended to stress that uncertainty about an inflation outlook remains very high due to unexpected factors, such as India's exports ban on wheat, on top of a hike in oil prices and the won's fall," he added.

Inflation has been under upward pressure amid soaring energy prices caused by Russia's war with Ukraine and a rebound in demand from the pandemic.

The won's sharp weakness against the U.S. dollar has also exerted upward pressure on inflation, as it has boosted import bills.

The won's slide has recently accelerated, as demand for the greenback increased amid the Fed's rate hikes. The Korean currency hit a 13-year low of 1,288.60 per the dollar Thursday, down 13.3 won from the previous session.

Concerns about capital flights have increased, as the interest rate gap between South Korea and the U.S. has sharply narrowed due to the Federal Reserve's aggressive rate hikes.

After the first rate hike since 2018 in March, the Fed raised the policy rate by a half-percentage point, the biggest hike in 22 years, to a range of 0.75-1 percent this month to tame inflation. Additional 50 basis-point rate hikes are widely expected in the coming months.

South Korean economic policymakers face the tricky task of steering the economy, as the risk of stagflation, a mix of slowing economy and high inflation, has increased amid global economic uncertainty.

South Korea's economic growth is expected to slow to the 2-percent range this year after the 4-percent expansion last year. Annual inflation is likely to jump to around 4 percent in 2022.

"As high inflation persists, the pace of rate hikes and liquidity reduction has picked up, which has had negative impacts on the financial market," he said.

Against this backdrop, the chiefs of the finance ministry and the BOK called for close policy coordination, as it has become more important for the government and the central bank to find an optimal policy mix.

Choo and Rhee "stressed that strengthening policy coordination, based on communication, and raising policy trust will lay the groundwork for stability in macroeconomic conditions and the financial market," the government and the BOK said in a joint statement after the meeting.

Critics said the government's latest proposal of a record extra budget could further stoke inflation, adding the move is not in sync with the BOK's monetary tightening drive. 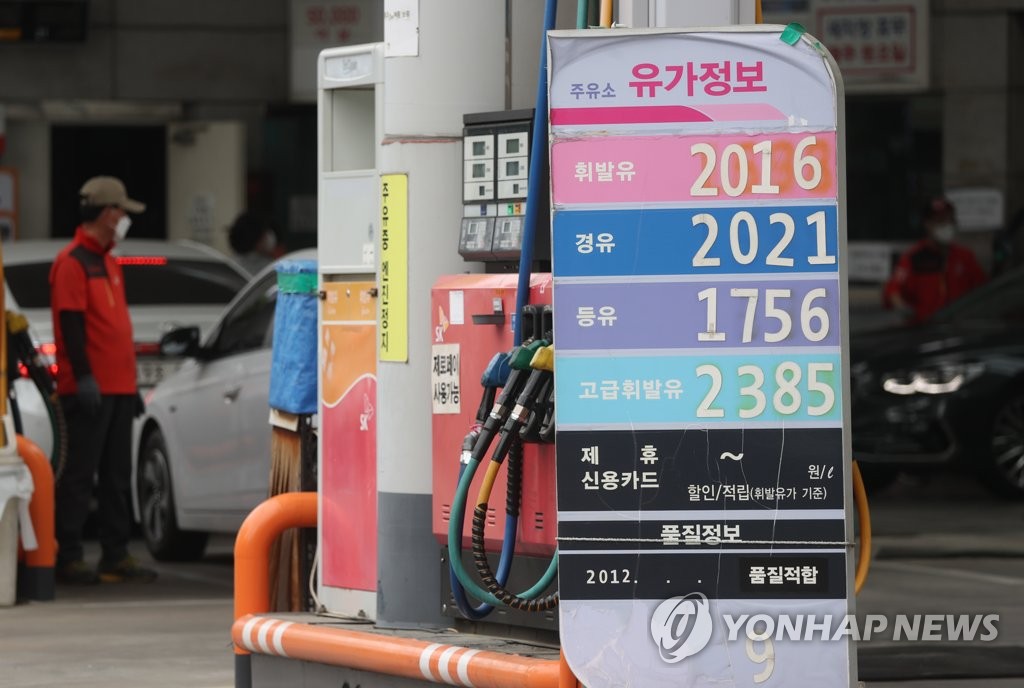 "We cannot say there is no worry about inflation (due to the extra budget). But the move will likely have limited impacts on inflation, as state support will be given through public transfer," Choo said.

Meanwhile, before the meeting, Choo refused to specify whether he will discuss with Rhee over the possible reopening of South Korea's currency swap line with the U.S.

The BOK and the Fed signed the $60 billion currency swap facility in March 2020 to ease the market panic caused by the COVID-19 pandemic. The swap line expired on Dec. 31, 2021, after being extended three times.

Market players raised the possible signing of another currency swap line amid the won's sharp fall, as Yoon and his U.S. counterpart, Joe Biden, will hold their first summit in Seoul this weekend.