The Sikorsky S-61N went down near the summit of Mt. Seonja at around 9 a.m. while circling the area to transport building materials for renovation work on a mountain trail.

Three crewmen, including the pilot, sustained serious injuries, but no deaths have been reported.

Firefighting authorities are trying to rescue the injured. 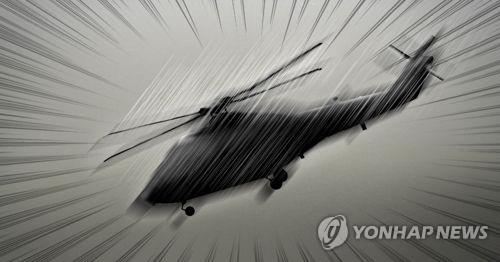