(ATTN: UPDATES throughout with details of speech, background; ADDS photos)
By Lee Haye-ah

SEOUL, May 16 (Yonhap) -- President Yoon Suk-yeol said Monday he will spare no effort to help North Korea cope with a massive outbreak of the coronavirus, offering to send vaccines and other necessary supplies if Pyongyang agrees to accept.

Yoon made the offer for a second time as the North struggles to curb rapidly spreading infections after acknowledging an outbreak last week for the first time since the pandemic began. Leader Kim Jong-un has described the worsening situation as "a great upheaval" rarely seen since the country's founding.

"We must not hold back on providing necessary assistance to the North Korean people, who are exposed to the threat of the coronavirus," Yoon said during his first budget speech at the National Assembly. 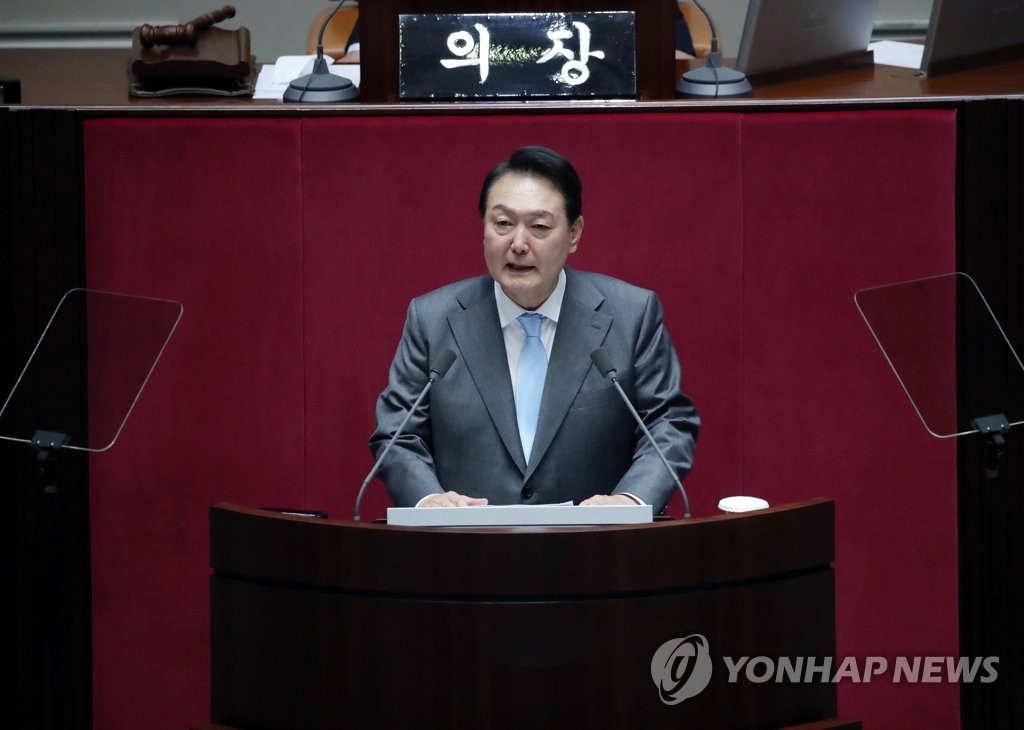 "If the North Korean authorities accept, we will not spare any necessary support, such as medicine, including COVID-19 vaccines, medical equipment and health care personnel," he said.

Yoon also said he has repeatedly stated his will to provide humanitarian aid to the North regardless of the political and military situation in inter-Korean relations.

North Korea has not responded to Yoon's offer despite its daily reports on the grim toll the virus is having on the poorly resourced country.

The South Korean government is expected to propose formal talks on the provision of vaccines and other supplies as early as later Monday.

He noted that North Korea fired three short-range ballistic missiles last Thursday, two days after his inauguration, and that the regime has shown signs of preparing for another nuclear test.

"We must build a peace that is not a mere formality but a sustainable peace under which the process of North Korea's denuclearization and inter-Korean trust building form a virtuous cycle," he said. 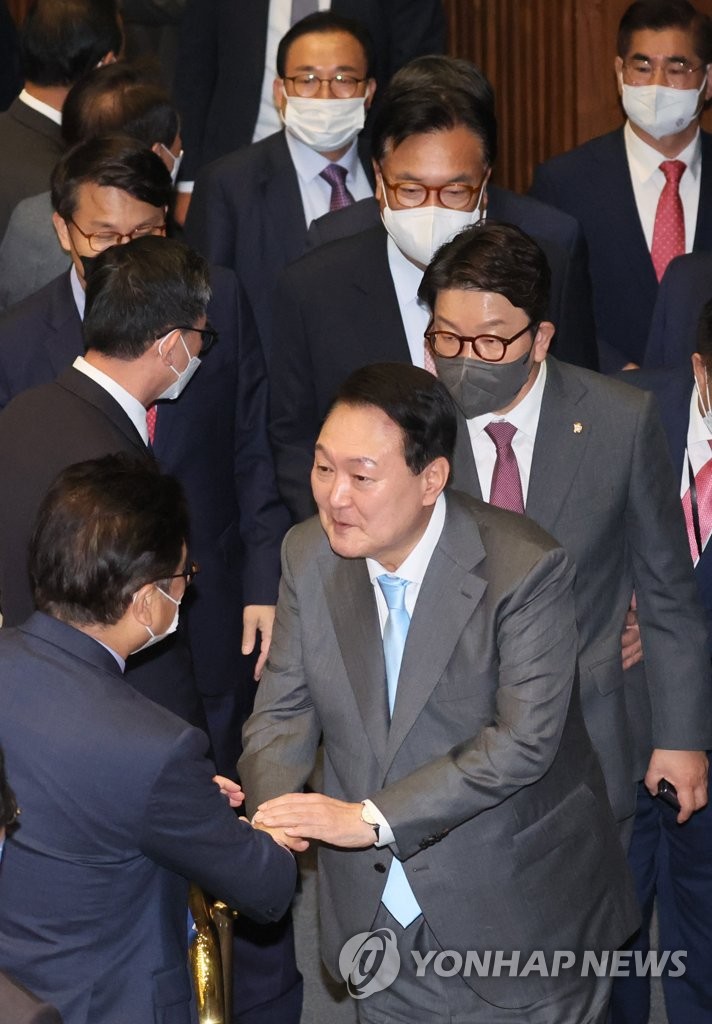 Yoon's address came days before his first summit with U.S. President Joe Biden set for Saturday in Seoul where North Korea is expected to feature high on the agenda.

Yoon said the summit will also cover economic security issues, such as the strengthening of bilateral cooperation on global supply chains through the U.S.-led Indo-Pacific Economic Framework.

"It will include not only ways to stabilize supply chains but digital economy, carbon neutrality and various issues related to economic security," he said.

"In order for our government to expand economic security cooperation and lead the creation of international rules together with key nations, the help of the National Assembly is desperately needed," he added.

Yoon appealed to the National Assembly for bipartisan cooperation at a time when the country is facing difficult conditions at home and abroad amid a rapid change in the post-Cold War political and economic order.

In particular, he noted that industries and resources are being "weaponized" and supply chains being hoarded by "blocs," posing a major challenge to South Korea's export-driven economy.

"Right now in the Republic of Korea, more than ever, we need the partnership of Churchill and Attlee, who willingly joined hands to overcome a common crisis even though the political values they pursued were different," he said, citing Britain's example after World War II.

Yoon is known to be an avid admirer of former British Prime Minister Winston Churchill.

Yoon also outlined the details of the government's 59.4 trillion-won (US$46.1 billion) extra budget proposal aimed at helping pandemic-hit small merchants and urged the National Assembly to pass the bill.

Under the proposal, some 3.7 million merchants and micro business owners will be eligible for cash handouts of between 6 million won and 10 million won each.

Meanwhile, Yoon called for immediate reforms in the pension system, labor and education, saying they are necessary to ensure a sustainable social welfare system, increased global competitiveness and an advanced and fair education system. 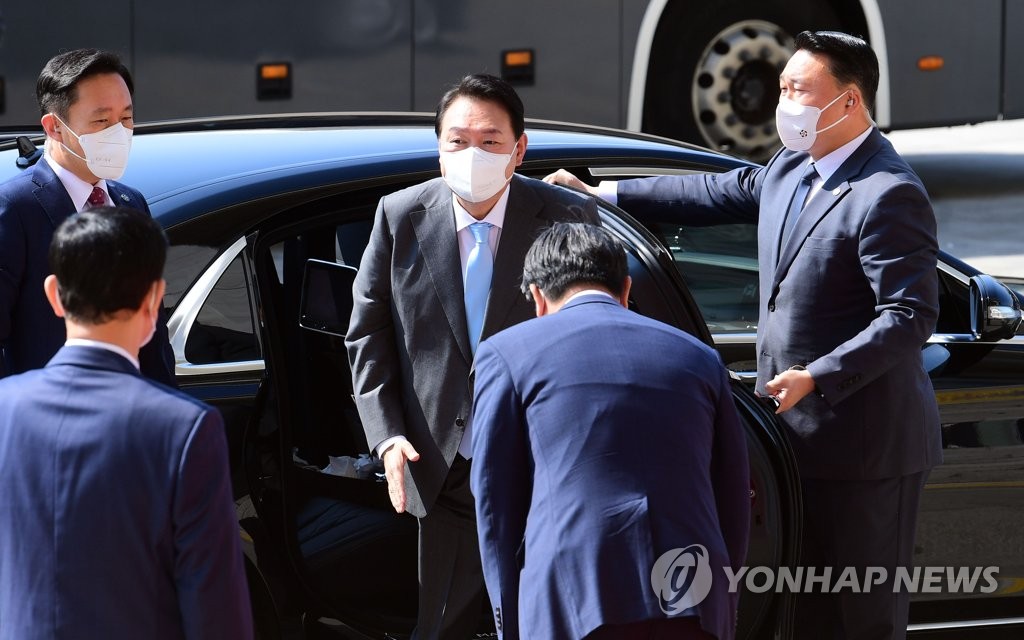