Starting June 1, the surcharge for one-way tickets on international routes will range from 37,700 won (US$29.4) to 293,800 won, depending on the routes, a Korean Air Lines official said.

The planned increase will raise the surcharges to the highest Level 19 from the current Level 17.

Local carriers' surcharges vary on the level of jet fuel prices traded on the Singaporean market.

If the average jet fuel price on the Singapore spot market rises over $1.50 per gallon during the past month, South Korean airlines are allowed to impose fuel surcharges starting one month later. If jet fuel prices drop below the threshold, no surcharge is collected.

Jet fuel prices averaged $3.36 per gallon on the Singaporean market for the one month from April 16 to May 15.

Meanwhile, fuel surcharges on domestic routes will rise to 17,600 won in the coming month from 14,300 won in May. 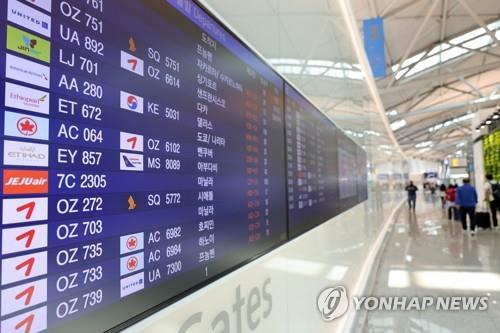