SEOUL, May 16 (Yonhap) -- The two best clubs in the top South Korean football league are set for a statement match this week.

The K League 1 showdown between Ulsan Hyundai FC and Jeju United will kick off at 7 p.m. Wednesday in Ulsan, 415 kilometers southeast of Seoul. It will be played just three days after Jeju cut Ulsan's lead at the top of the tables to five points, 27-22. Jeju defeated Suwon FC 3-1 on Sunday, a day after Ulsan played Incheon United to a 2-2 draw to leave the door open. An away victory by Jeju on Wednesday and we'll have an intriguing race for the top spot. If Ulsan defend their home turf, it will remind the rest of the league who's boss.

The recent history between the two teams is decidedly in Ulsan's favor. They have won seven of the past 10 meetings, including the first one of this year on April 5, while recording two draws. Ulsan have the league's most productive offense with 20 goals scored and its stingiest defense with nine goals allowed.

For Jeju, forward Joo Min-kyu, the 2021 scoring champion, is heating up. He has seven goals to rank third overall in that category, after a hat trick on May 8 and a goal on Sunday. The Ulsan-Jeju match is one of four scheduled for Wednesday, with two other matches set for Tuesday. The K League 1 is trying to squeeze games into a tight calendar. It went on a break from mid April to early May during the group stage for the Asian Football Confederation (AFC) Champions League, and still plans to finish the season in October, before the FIFA World Cup kicks off in Qatar in November.

Incheon United can potentially climb from third to second, as they host Daegu FC on Tuesday. Incheon are sitting two points behind Jeju.

The one other match on Tuesday will pit Suwon Samsung Bluewings against Gimcheon Sangmu FC. Suwon will try to extend their home winning streak to three matches under new head coach Lee Byung-geun.

On Wednesday, Pohang Steelers will host Jeonbuk Hyundai Motors in a battle for fourth- and fifth-place clubs. They are tied at 19 points but Pohang have the narrow edge in the goals scored tiebreaker, 14-13. 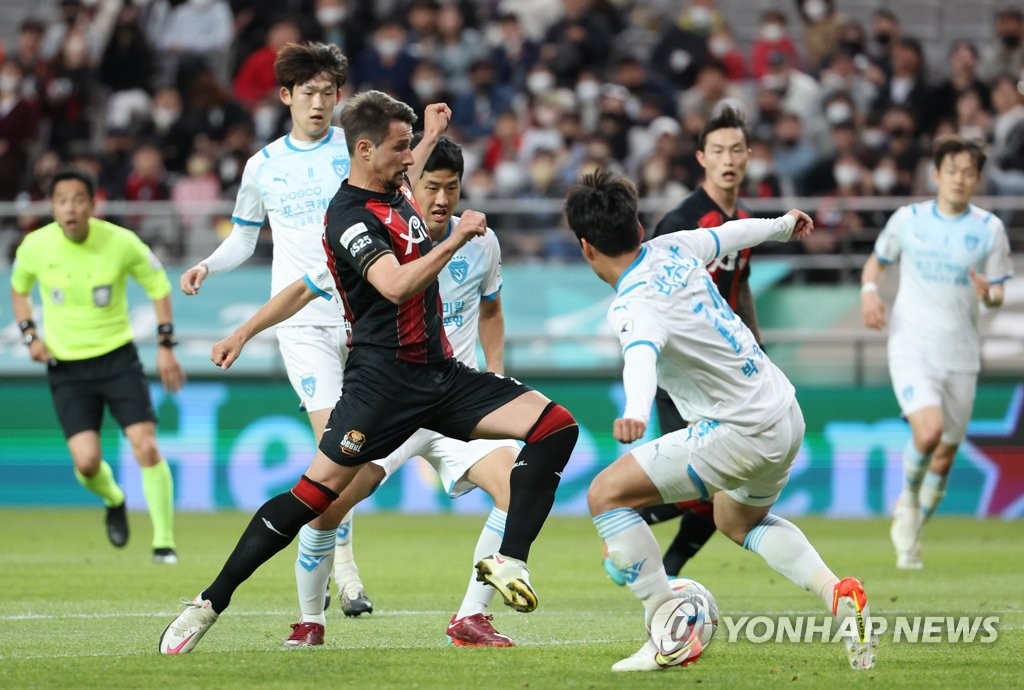 Gangwon FC will host FC Seoul on Wednesday, looking for their first victory since March 5, nine matches ago.

Gangwon are in 11th place with 11 points, ahead only of Seongnam FC, which are stuck at five points. Seongnam will host Suwon FC on Wednesday in a meeting of the two most porous defenses in the league.

Seongnam have conceded a league-worst 24 goals. Suwon, in 10th place, have given up 23. But they have also scored the second-most goals with 17, and some fireworks may be in order in Seongnam on Wednesday evening. 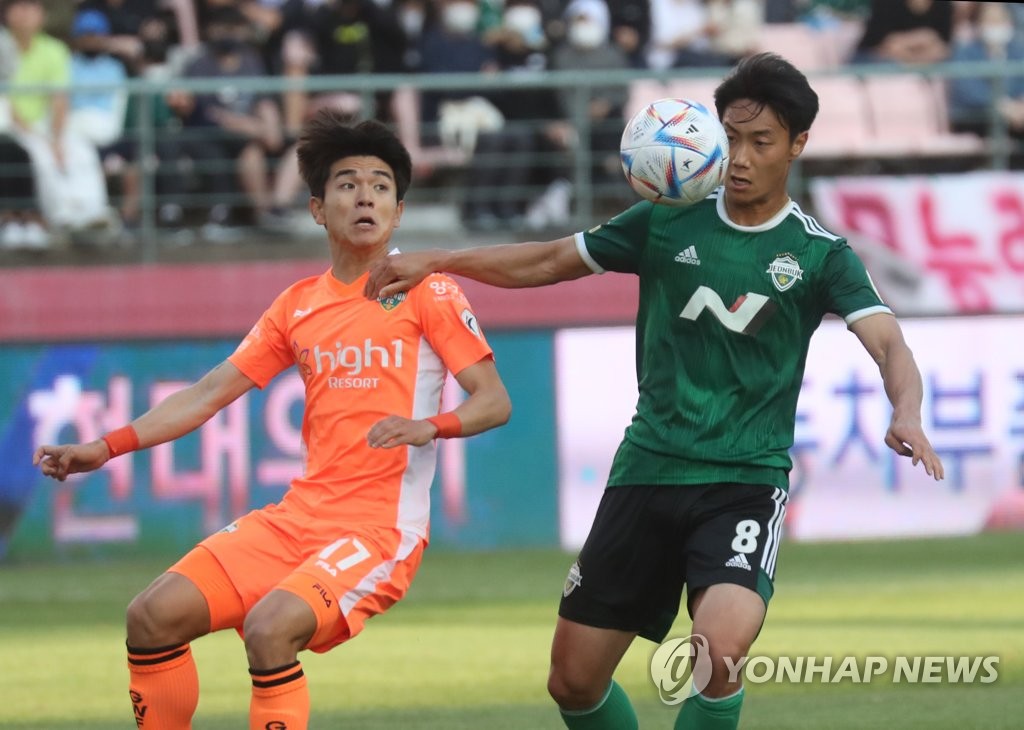