SEOUL, May 16 (Yonhap) -- A crypto investor accused of trespassing at the apartment of Do Kwon, co-founder and CEO of Terraform Labs, underwent a police investigation in Seoul on Monday.

The suspect, whose identity has been withheld, allegedly entered the apartment complex in eastern Seoul last week and then rang the doorbell, looking for Kwon, while his wife was at home.

Kwon is at the center of a massive collapse of the Terra cryptocurrency and its digital coin counterpart, Luna. A month after reaching a record high of US$119, the price of Luna now trades at near zero, while that of Terra trades at around 14 cents.

"I have lost about 2 to 3 billion won (US$2.3 million)," the suspect told reporters after undergoing an investigation at Seongdong Police Station, urging Kwon to take responsibility for the recent meltdown.

The suspect, who operates an online broadcasting channel, claims there are people who have taken their own lives due to the plunge of the stablecoins.

The investor further urged Kwon to apologize to over 200,000 investors who have lost their savings.

Kwon earlier said in his blog post that Terraform Labs is working on ways to keep its Terra blockchain and ecosystem going despite the collapse of its cryptocurrency. 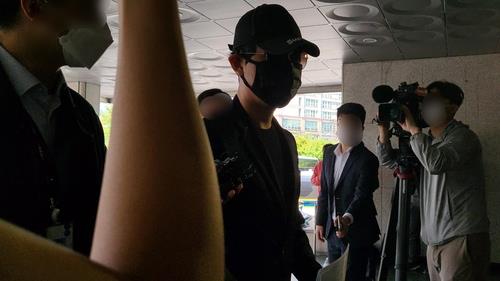