Consolidated net profit stood at 102.9 billion won (US$80.1 million) in the January-March period, up 50.7 percent from the year earlier, said the local unit of British banking giant Standard Chartered Bank.

The earnings hike is also partially attributed to the fall in payroll expenses, after the bank conducted a large voluntary retirement program in the last quarter of 2021. 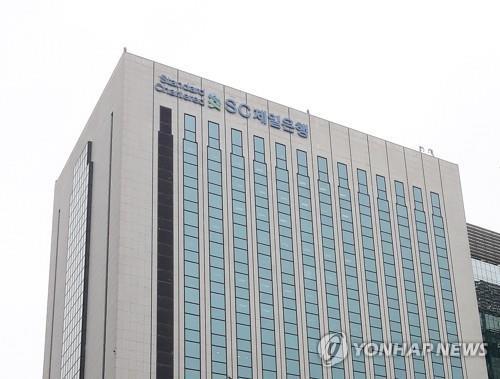 The bank's return on equity, a key measure of profitability, stood at 12.54 percent in the first quarter, up 3.69 percentage points from a year earlier.

The lender's ratio of nonperforming loans dropped 0.06 percentage point to 0.18 percent as of the end of March.

Standard Chartered Bank Korea said its capital adequacy ratio, a key barometer of financial health, reached 16.01 percent as of end-March. The ratio measures the share of a bank's total capital to its risk-weighted assets.

The Bank for International Settlements, an international organization of central banks based in Basel, Switzerland, advises lenders to maintain a ratio of 8 percent or higher.