SEOUL, May 16 (Yonhap) -- A South Korean volunteer fighter in Ukraine has told a local news outlet he is likely to be arrested on returning home but does not regret what he said was an inevitable action to support people suffering from an unjust invasion.

Rhee Keun, a Navy SEAL-turned-YouTuber, traveled to Ukraine in March in violation of a government ban and has been fighting against invading Russian forces.

"In South Korea, it is illegal to go to Ukraine, so when I return, I will likely be arrested at the airport for participating in the war," he said in an interview with weekly magazine Novoye Vremya, published Saturday. 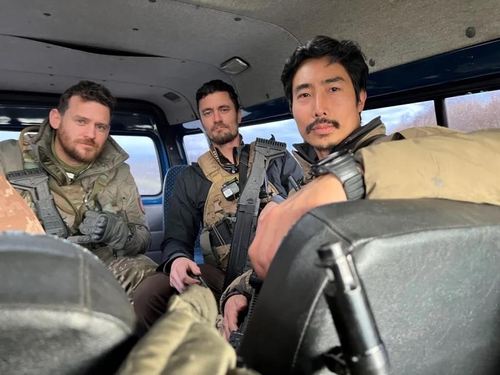 "There is a risk of being imprisoned, but I believe I made the right decision," he added.

Rhee is being treated at a military hospital after having been injured recently during combat in the town of Irpin, outside Kyiv, he said.

His family and many people in South Korea were opposed to his participation in the war.

"But I saw what happened on TV, and knew who are good and who are bad. I came here, because I thought it was wrong and even a crime if I just watched television and did nothing though I, as a former member of special warfare forces, have skills that can be helpful," he said.

There were about 10 South Korean volunteer warriors on the battlefield at the beginning of the war, but now only a few remain, he said

South Korea has banned its nationals from traveling to Ukraine since mid-February. Those who enter the country without approval can face up to a year in prison or a maximum fine of 10 million won (US$7,790).
(END)