SEOUL, May 16 (Yonhap) -- The top diplomats of South Korea and China held video talks on Monday and discussed ways to cooperate on antivirus efforts for North Korea and stably manage the situation on the Korean Peninsula, Seoul's foreign ministry said.

In their first talks since Foreign Minister Park Jin took office last week, Park and his Chinese counterpart Wang Yi expressed concerns about North Korea's COVID-19 outbreaks and exchanged opinions on the need to provide humanitarian aid to the impoverished nation, according to the ministry.

Park pointed out that North Korea's advancement in nuclear and missile capabilities poses a threat to regional stability and called for cooperation between Seoul and Bejing for stable management of the situation on the Korean Peninsula, the ministry said in a statement.

He also outlined the Seoul government's vision to become a "global pivotal state" based on shared values and interests, and stressed on the need to develop bilateral relations based on "mutual respect" and a "sprit of cooperation," the ministry said.

Wang called South Korea a "strategic cooperation partner" of China's and suggested deepening their bilateral ties via high-level communications, mutual cooperation and cultural exchanges as this year marks the 30th anniversary of forging their diplomatic relations, it added.

They agreed to push for "strategic communications" for close coordination, including reciprocal visits by the two nations' leaders, as well as cooperation in economy, health care, climate change and expansion of cultural and people-to-people exchanges. 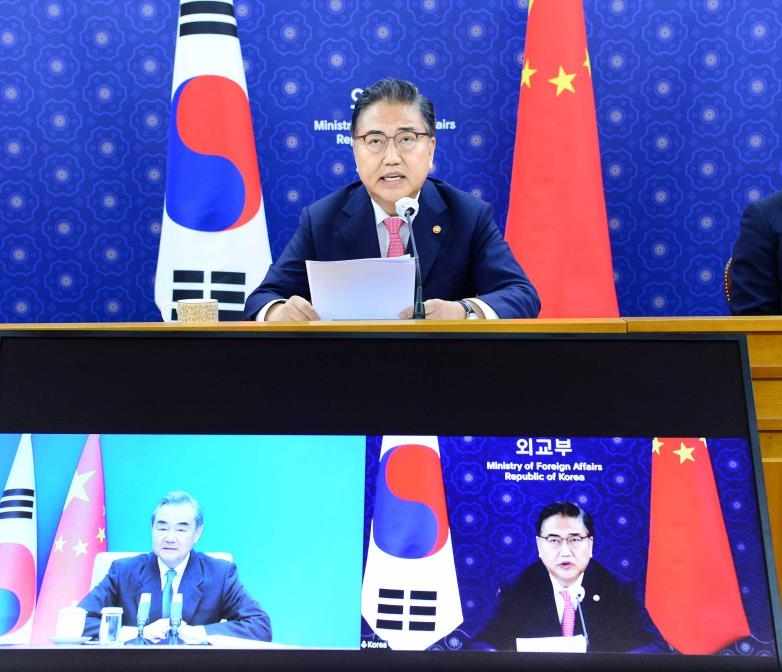