SEOUL, May 17 (Yonhap) -- The South Korean government seeks to build a new building for the Joint Chiefs of Staff (JCS) in a new location by 2026, the defense ministry confirmed Tuesday.

In a parliamentary policy briefing, the ministry made public the relocation plan, as the ministry's key offices have occupied parts of the current JCS building since the presidential office's relocation to what used to be the ministry's headquarters in Seoul's central district of Yongsan.

During his confirmation hearing earlier this month, Defense Minister Lee Jong-sup said that the Yoon Suk-yeol administration would consider the relocation of the JCS headquarters. But it is the first time that the new government made the relocation plan official.

Speculation has continued that if the relocation takes place, the JCS headquarters is likely to be set up in Namtaeryeong in southern Seoul where the country's key wartime command bunker is located.

"We will push for the construction of the new JCS building and its relocation for the sake of unifying peacetime and wartime (command centers)," the ministry said in the report.

The ministry plans to start related consultations, including those about a feasibility test, this year under the scheme to complete the new building's construction in 2026.

Should the JCS relocate to a new place, defense ministry offices that have relocated to multiple separate locations due to the relocation of the presidential office are expected to move to the current JCS building, observers said.

Commenting on the question about whether to reposition Patriot Advanced Capability-3 (PAC-3) missile interception units for the defense of the new presidential office, the ministry said there is no plan for their relocation or installation of additional units as the current units cover the entire Seoul metropolitan area.

Defense Minister Lee was pelted by lawmakers with questions about the possibility of a North Korean nuclear test.

Lee said the North appears to have made lots of preparations for what would be its seventh nuclear test "in broad terms," though it is still difficult to confirm whether the country has completed all required preparations.

Asked if the COVID-19 outbreaks in the North could affect the timing of its nuclear test, Lee refused to make a prediction.

Touching on the suspected COVID-19 spread in the North's military, Lee said the situation in the tightly controlled armed forces seems to be "less serious" compared with the infections among ordinary people.

The Yoon Suk-yeol government's push to send humanitarian aid to the North was a point of criticism from opposition lawmakers.

On a question of whether the government would offer aid to the North even after it conducts a nuclear test, Lee gave a positive answer, citing the Geneva Convention stipulating the protection of the wounded and sick in a conflict.

He later said the government has not made a decision yet on whether to provide aid to the North in the event it carries out a nuclear test. 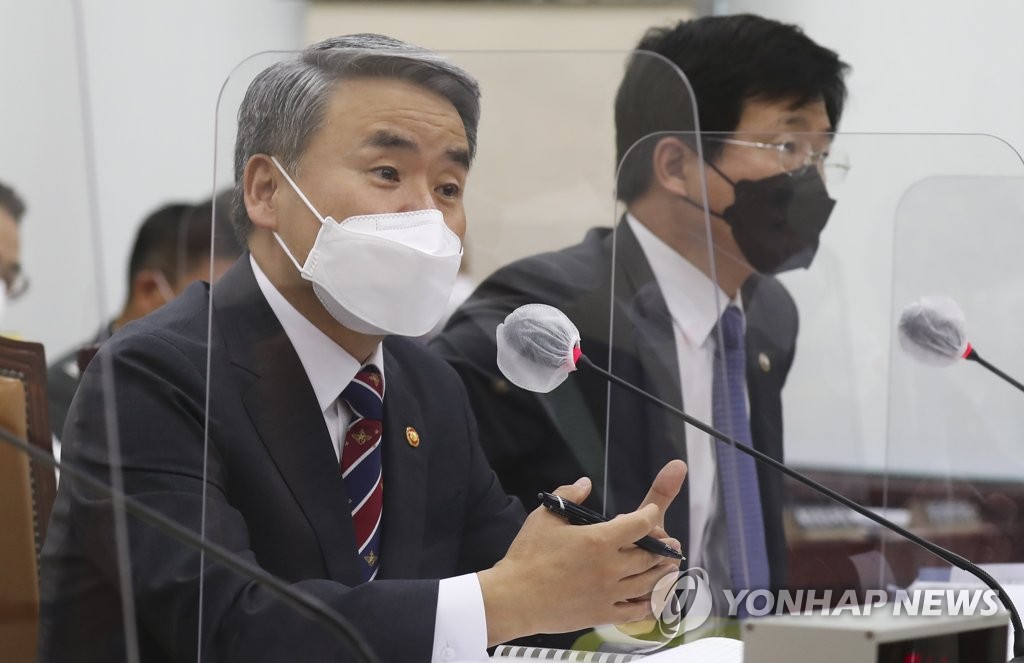