SEOUL, May 17 (Yonhap) -- At first glance, the numbers don't jump off the page. But Kim Ha-seong, the second-year South Korean infielder for the San Diego Padres, has shown marked improvements across multiple hitting categories so far this year.

Through Sunday's action, Kim was tied for the National League (NL) lead and fifth in Major League Baseball (MLB) among shortstops with an on-base plus slugging percentage (OPS) of .766.

It is an underwhelming number. Last year, Kim's teammate, Fernando Tatis Jr., led all NL shortstops with a .975 OPS. 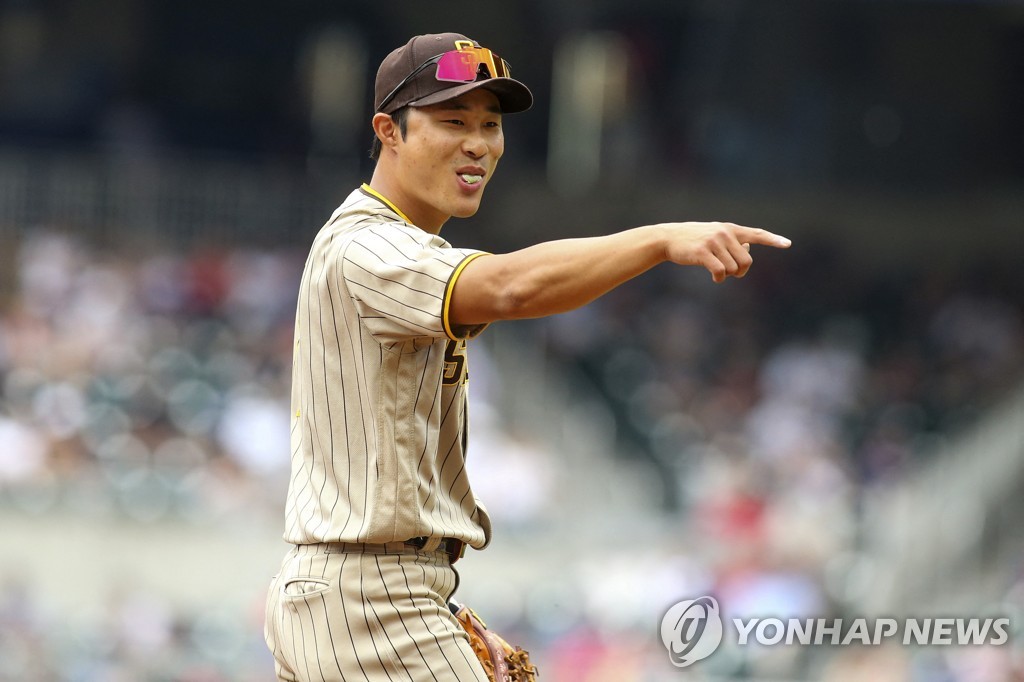 However, context is important. Offensive numbers are down across MLB this year, with the deadened official ball being cited as a reason. The MLB average in OPS this season is .683, down from .728 last year. The last time big league teams posted an OPS below .700 came in 1989. Teams are slugging at a .376 clip, the lowest since 2014.

Against this backdrop, Kim, with the Padres off on Monday, carried a .436 slugging percentage in 109 plate appearances through the weekend.

Last season, in 298 plate appearances, Kim had a .352 slugging percentage.

With four home runs, Kim already has half as many homers as he did in 2021. He has 16 RBIs, almost exactly half of the 34 RBIs he had last year.

His batting average is still a ho-hum .223, but other underlying numbers point to better days ahead in that department.

Kim's batting average on balls in play (BABIP) is .250, well below the league average of .282. This suggests that Kim has been unlucky, with some hard-hit balls getting caught by good defenders or going straight to well-positioned fielders. There is bound to be some regression. 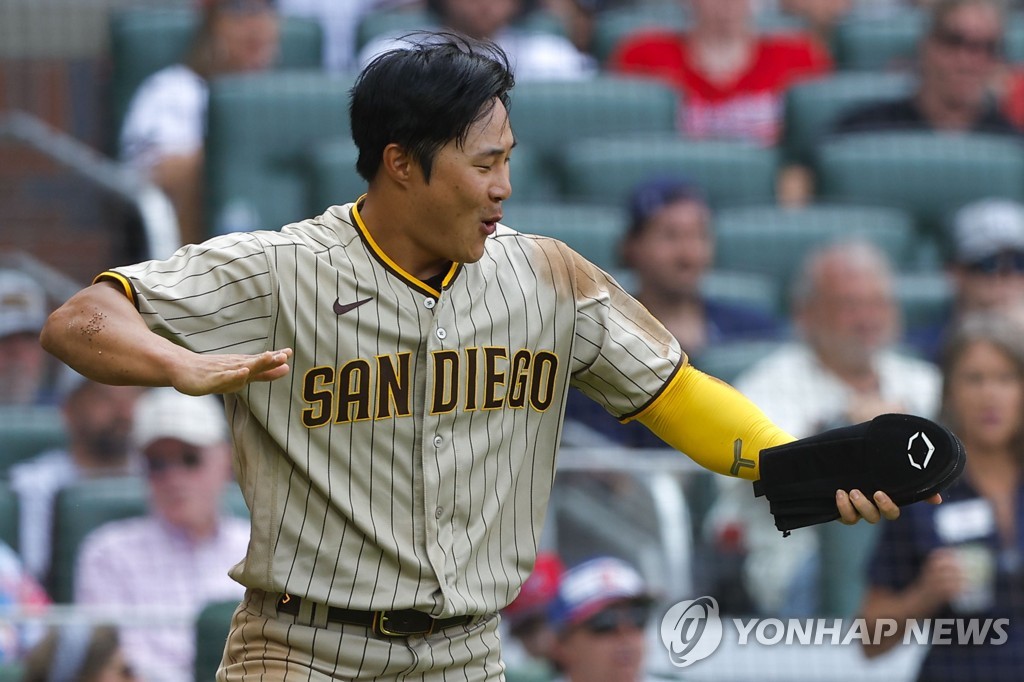 In comparison, Boston Red Sox shortstop Xander Bogaerts was leading MLB with a BABIP of .438, an incredibly high number that will certainly come down later in the year.

In terms of rates, Kim is striking out less and walking more often than in 2021. Kim is also hitting the ball harder and driving the ball at a higher launch angle than a year ago, both of which indicate his triple slash numbers -- batting average, on-base percentage and slugging percentage -- are likely to improve as the season progresses.

Kim has also been far more effective against fastballs this year. When Kim made the jump from the Korea Baseball Organization (KBO) after the 2020 season, a big question mark hung over his ability to handle the higher velocity in the majors. Could he square up pitches that would come at him faster than anything he'd seen during his seven years in the KBO? 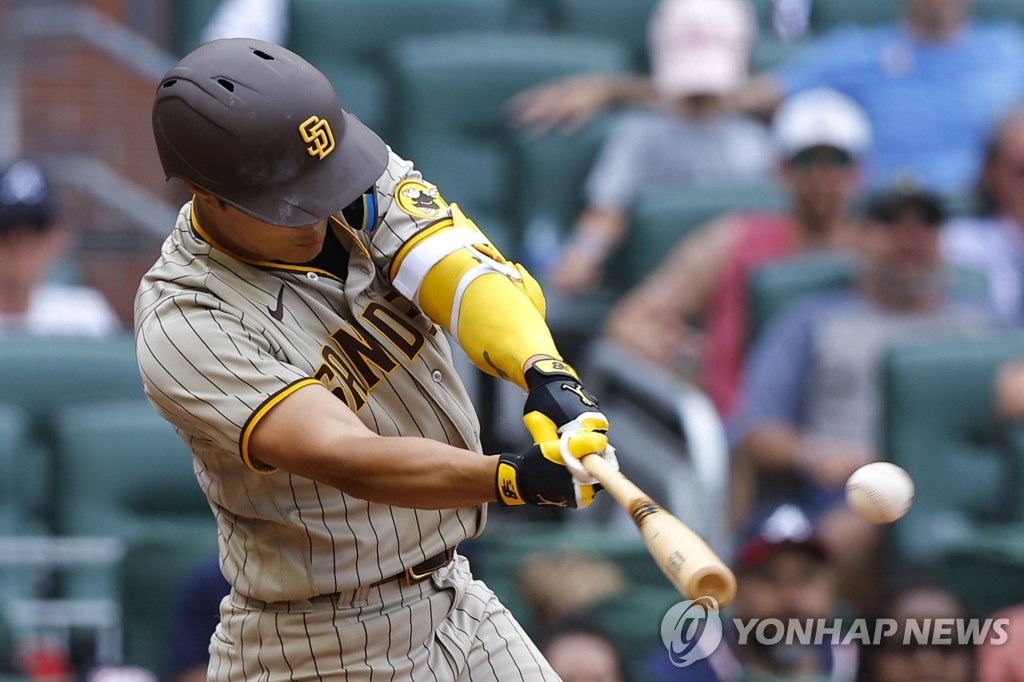 In 2021, Kim slugged only .299 against four-seam fastballs. So far this year, that number has soared to .548. Three of Kim's four home runs this year have come against fastballs.

According to Statcast, Kim has been hitting more line drives and fly balls, and fewer groundballs this year than last. If Kim can keep up this trend, he should continue to give himself more opportunities for extra-base hits.

His "barrel" numbers also stand out. It's a designation for batted balls where the combination of exit velocity and launch angle leads to a minimum .500 batting average and 1.500 slugging percentage. Just think of hard-hit balls that end up being home runs or other forms of hits. Kim is also performing well in other advanced categories.

He leads all NL shortstops with a 124 weighed runs created plus (wRC+), a catch-all stat that measures a player's offensive value based on the outcome of each plate appearance, adjusted for ballparks. The league average is set at 100, and Kim's number means he has been 24 percent better than the league average.

Kim also leads all NL shortstops with .342 in weighted on-base average (wOBA), which accounts for how a player reaches base and assigns more value, for instance, to home runs than a walk.

Kim didn't have consistent playing opportunities last year, buried behind Tatis and Manny Machado on the left side of the infield and splitting time with Jake Cronenworth at second base. 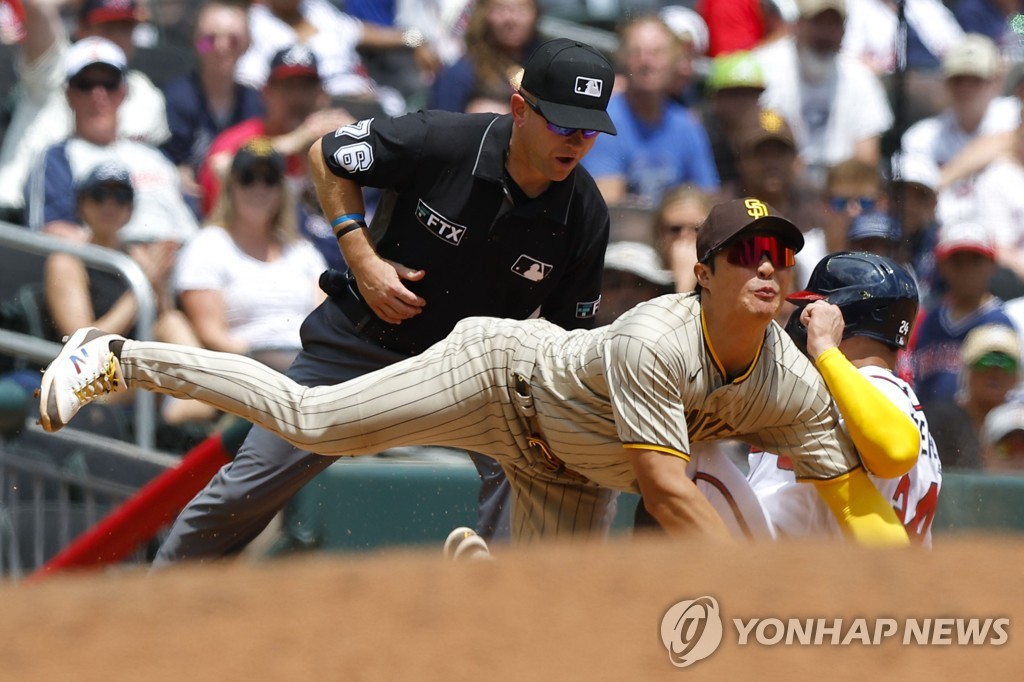 In the early going this year, with Tatis sidelined for months with a fractured left wrist, Kim has been San Diego's primary shortstop. He has also logged some time at third base.

Once Tatis returns, though, Kim will likely see his playing time reduced again. And the Padres recently signed veteran infielder Robinson Cano, who, prior to his doping suspension in 2021, had been one of the top hitting second basemen of his generation.

In MLB, Kim will probably never be the kind of power-hitting, fear-inducing middle infielder that he was in the KBO. But if he can continue to put up solid offensive numbers the way he has this year and provide strong defensive value, Kim will at least make manager Bob Melvin's lineup decisions more difficult.