SEOUL, May 17 (Yonhap) -- South Korea plans to provide more subsidies to cargo truck and taxi drivers who are suffering from a hike in diesel prices in a bid to ease the burden from rising fuel costs, the finance ministry said Tuesday.

The move came as diesel prices in South Korea recently outstripped gasoline prices for the first time in 14 years due to tight supply caused by Russia's war with Ukraine and the government's fuel tax cut.

Starting June, the government plans to lower the threshold price set for subsidy payments to 1,750 won (US$1.37) per liter from the current 1,850 won.

Since May, the government has offered half of the amount as a subsidy that exceeds the threshold price from the diesel price. If the base price is lowered, the government can provide more subsidies as the gap between those prices widens.

The government will extend the subsidy scheme by two months until the end of September, the ministry said.

Since May 1, South Korea has expanded tax cuts on fuel consumptions in a bid to ease inflationary pressure from surging energy prices. The move will be effective until end-July.

The fuel tax reduction also played a part in driving up the diesel price, as the fixed 30-percent cut curtailed the tax on gasoline by a greater amount than that imposed on diesel.

South Korea's consumer prices grew at the fastest pace in more than 13 years amid high energy costs and a rebound in demand from the COVID-19 pandemic. 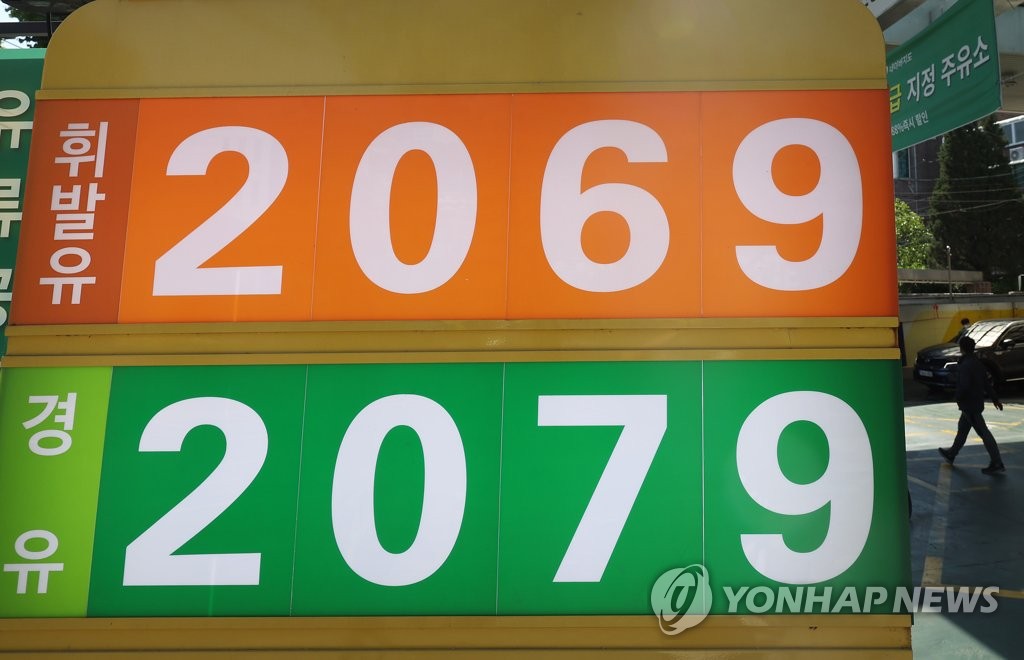