SEOUL, May 17 (Yonhap) -- President Yoon Suk-yeol is expected to display a message of unity when he visits the southwestern city of Gwangju this week to commemorate the 1980 pro-democracy uprising, presidential officials said Tuesday.

Yoon plans to travel to Gwangju, 329 kilometers south of Seoul, Wednesday to attend a state memorial ceremony on the anniversary of the uprising, in his first trip outside of Seoul since taking office.

In a rare move for the conservative party, almost all lawmakers of the People Power Party (PPP), Cabinet ministers and senior presidential secretaries plan to attend the ceremony.

"I think that a milestone of new politics toward national unity might begin tomorrow," a senior presidential official said.

Another presidential official also said Yoon would deliver a "bolder message" in Gwangju, compared with messages shown by his predecessors at the memorial ceremony.

Instead of using a presidential helicopter, Yoon plans to take a KTX high-speed train to Gwangju, along with PPP lawmakers, ministers and senior secretaries, officials said. 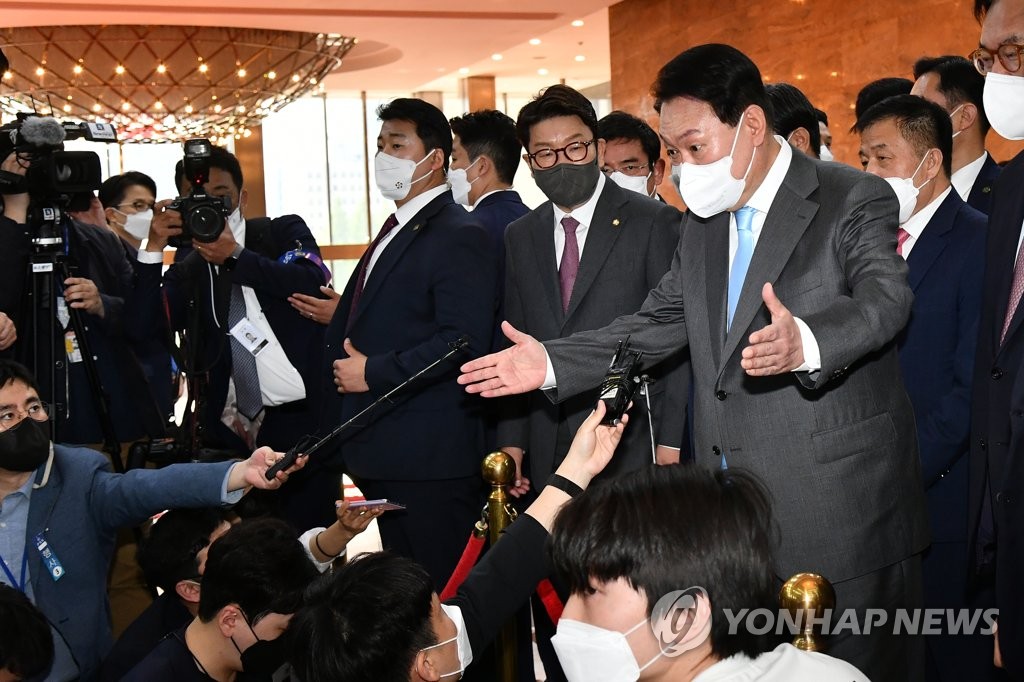 On the train, Yoon is likely to have lunch with lawmakers, according to the officials.

Perhaps the highlight may come when Yoon enters the May 18th National Cemetery to attend the ceremony.

During a visit to the cemetery in November last year as a presidential candidate, Yoon was blocked by protesters from approaching a memorial tower in the cemetery due to his past remarks seen as praising former authoritarian President Chun Doo-hwan, who ordered the bloody suppression of the democracy activists.

At that time, Yoon apologized in person for the past remarks, and said he has always believed in the need to stipulate the spirit of the democracy uprising in the Constitution.

At the end of the ceremony, Yoon and all attendees in unison plan to sing "March for the Beloved," a democracy anthem, to pay their tributes to the victims of the uprising.

It would be the first time that a sitting president of the conservative party sings the song at the ceremony.

Yoon did not mention unity in his inauguration speech but said he left it out because it was obvious. In a budget speech Monday, Yoon mentioned "bipartisan cooperation" three times.

Former President Chun ordered the bloody crackdown of the uprising, which left more than 200 dead and 1,800 others wounded, according to conservative official data.

Yoon expected to show message of unity during visit to Gwangju

Yoon expected to show message of unity during visit to Gwangju