SEOUL, May 17 (Yonhap) -- President Yoon Suk-yeol will send a special delegation to the annual meeting of the World Economic Forum (WEF), scheduled to take place in Davos, Switzerland, from May 22-26, to explain his government's main foreign policy goals and discuss the international community's humanitarian aid for the COVID-19-stricken North Korea, the presidential office said Tuesday.

The first presidential delegation to be sent to a global multilateral conference since the inauguration of the Yoon government on May 10 will be led by Na Kyung-won, a former four-term lawmaker of the ruling People Power Party, the office said. 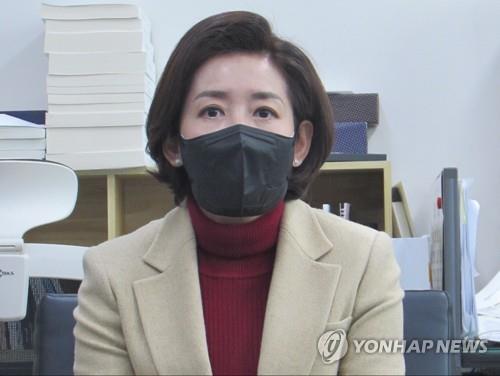 Other members of the delegation will include former lawmaker Kil Jeong-woo; Kim Dong-kwan, CEO and president of Hanwha Solutions; Kim Sang-hyup, president of the Jeju Research Institute; Lee Sang-yup, vice president of the Korea Advanced Institute of Science and Technology; and professor Cheong In-kyo of Inha University, it noted.

The annual WEF forum of the world's political and economic leaders, also called the Davos Forum, has been usually held in the beginning of the year, but due to the omicron wave, this year's edition has been pushed back to late May.

The office said the special delegation will introduce the Yoon government's major foreign policy goals based on economic security and climate change to the Davos Forum and listen to the international community's responses to reflect them in state affairs.

In addition, the delegation will discuss ways to provide humanitarian aid to help North Korea cope with the spread of COVID-19 through meetings with Peter Maurer, president of the International Committee of the Red Cross, and other leaders, the office said.