Yoon Jae-soon has been under fire after revelations that one of his poems positively described acts that amount to sexual harassment on the subway. Yoon was also found to have been disciplined over sexually offensive remarks he made when he was a prosecution investigator.

"Should people have been offended and hurt, it is a matter of course that I need to offer an apology," Yoon said during a parliamentary steering committee meeting. "I know I am at the center of controversy and I feel enough of the people's concerns and worries."

With regard to reports of his past disciplinary records, Yoon said some information was incorrect, but emphasized that he doesn't want to make excuses. 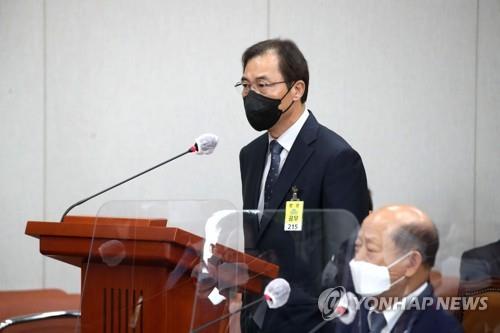