SEOUL, May 17 (Yonhap) -- South Korea's troop recruitment agency chief highlighted the need Tuesday for a review of the country's military service exemption program in light of "fairness and equality" amid a resurgent debate over whether to apply the program to K-pop superstars BTS.

Lee Ki-sik, commissioner of the Military Manpower Administration, made the remarks, noting the country faces declining troop numbers, caused by the low birthrate, and growing public calls for fairness.

In Korea, global award-winning athletes and classical musicians are allowed to do alternative services in their respective fields instead of serving in active military duty. This program, however, does not apply to pop culture artists.

"We always talk about our country having hit a cliff in terms of military human resources and fairness is among the key topics of conversation among our country's young people," Lee told lawmakers.

"I think there is a need for a review at this point in consideration of fairness, equality," he added.

Asked to clarify what he meant by a "review," the commissioner stressed the need to collect public opinion on the military service exemption issue with a focus on troop shortages that the nation faces down the road.

All able-bodied Korean men are to serve in the military for around two years in a country that constantly faces North Korea's military threats. 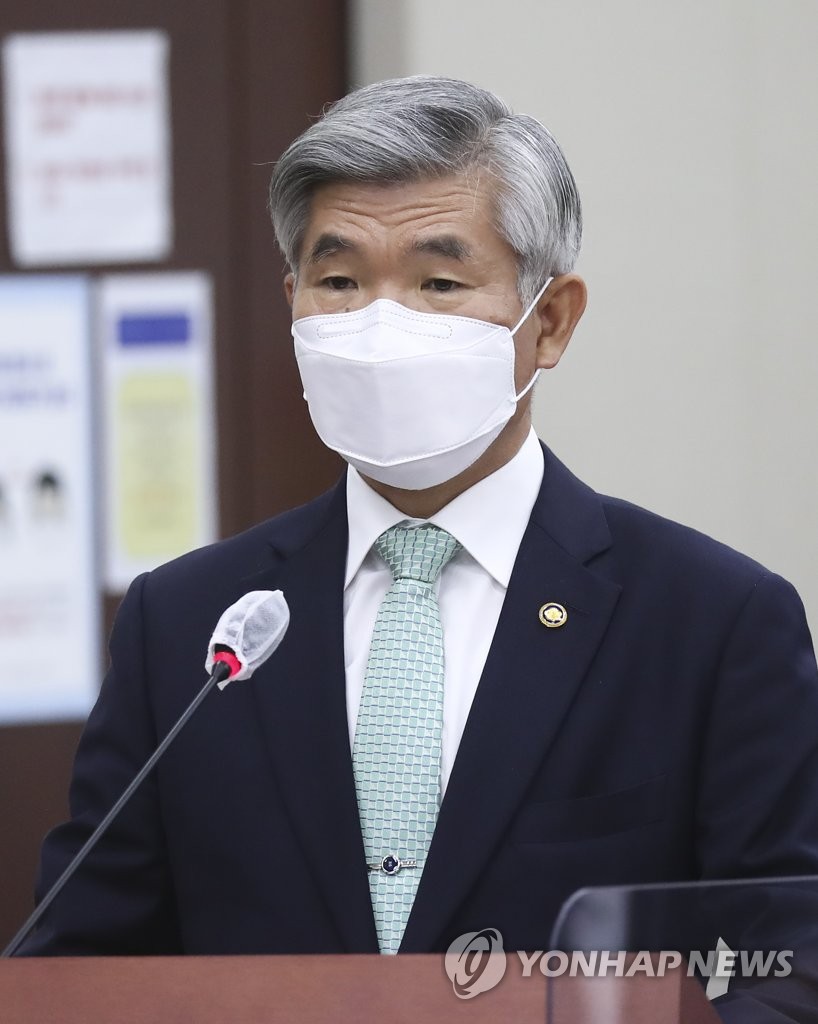