SEOUL, May 17 (Yonhap) -- South Korea's top military officer on Tuesday visited an Army unit on the eastern front to check its readiness against possible threats from North Korea and border breaches, the Joint Chiefs of Staff (JCS) said.

JCS Chairman Gen. Won In-choul inspected the frontline unit of the 22nd Division in charge of the eastern border area and its border defense system, it said.

Citing the division's vast border operations area, which includes parts of the country's eastern coast, Won urged the troops to maintain the readiness posture so that they can "immediately respond" to any situation.

In January, a North Korean defector crossed the eastern border guarded by the 22nd Division into the North, leading to rebuke from then-President Moon Jae-in over the security failure.

Won's visit also came amid the North's continued missile launches and signs that it is preparing for a nuclear test. 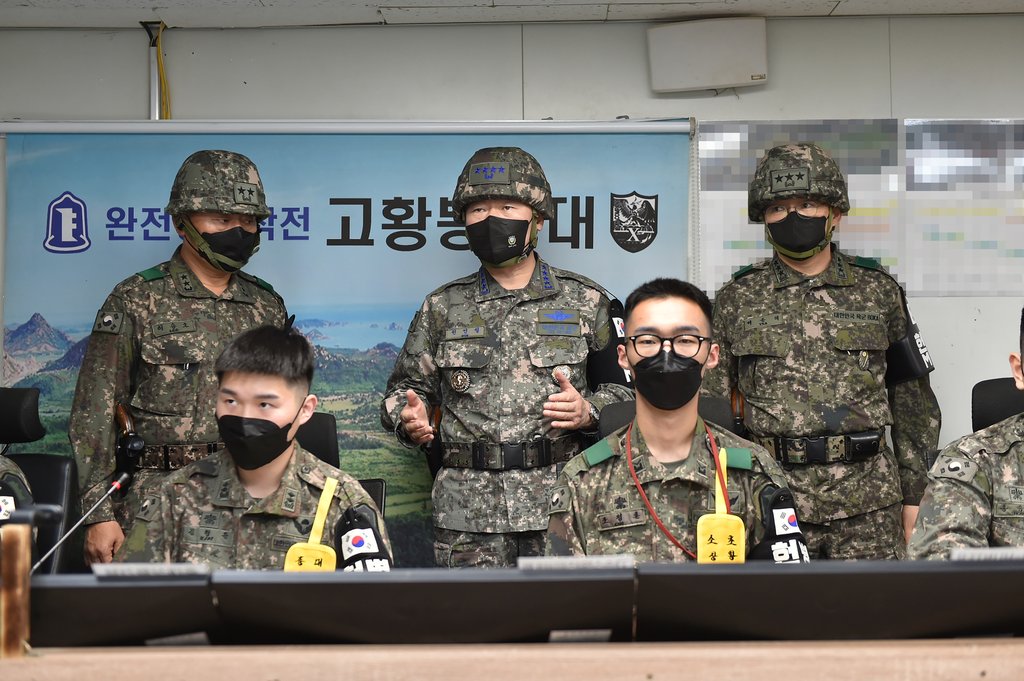