SEOUL, May 18 (Yonhap) -- North Korean leader Kim Jong-un rebuked officials for failing to respond properly to the COVID-19 outbreak in its early stages as he presided over a ruling Workers' Party meeting, state media said Wednesday.

His message came as the country reported more than 232,880 people with fever symptoms nationwide and six additional deaths, raising total fatalities to 62, as of 6 p.m. the previous day.

At the meeting of the presidium of the political bureau held Tuesday, Kim said that "immaturity" in coping with the crisis from the early stages and the slack response of the country's leading officials has fully revealed the "vulnerable points," according to the official Korean Central News Agency (KCNA).

Kim added that such measures against the virus have resulted in further increasing the "complexity and hardships" in the early period of the antivirus campaign when "time is the life." 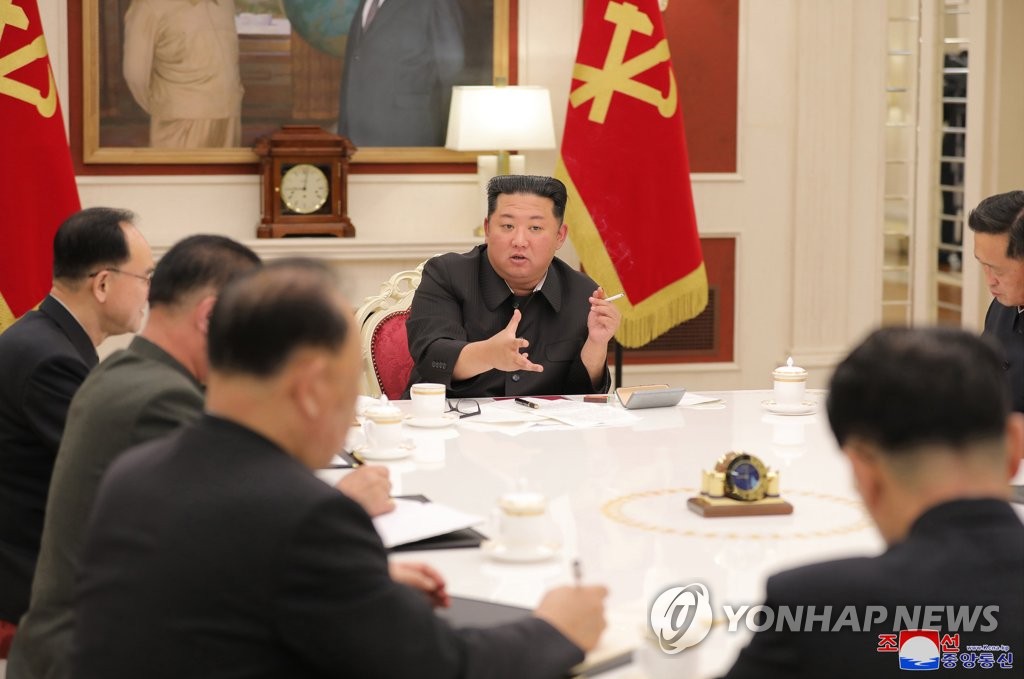 "The crisis facing us offered a test board to distinguish between merits and demerits of all working system of our state," he said.

Kim then called for "redoubled efforts" to stabilize people's lives and stressed the need to "more scrupulously organize the work for providing the living conditions and the supply of daily necessities."

Members of the presidium, including Jo Yong-won, secretary for organizational affairs of the ruling Workers' Party's Central Committee, and other officials attended the session.

Meanwhile, they claimed that the virus situation is improving. They pointed out that the current trend is showing a "favorable turn" thanks to the "efficiency and scientific accuracy" of the emergency antivirus measures in place, the KCNA said.

Pyongyang stated the number of new fever cases has declined this week after reaching its peak of over 390,000 on Sunday.

Photos released by the KCNA show leader Kim and officials without masks at the meeting. As he announced the country's first outbreak, Kim appeared wearing a mask for the first time in public at a politburo session last week.

The total number of fever cases stood at more than 1.72 million as of 6 p.m. Tuesday, of which more than 1.02 million have fully recovered and at least 691,170 being treated. 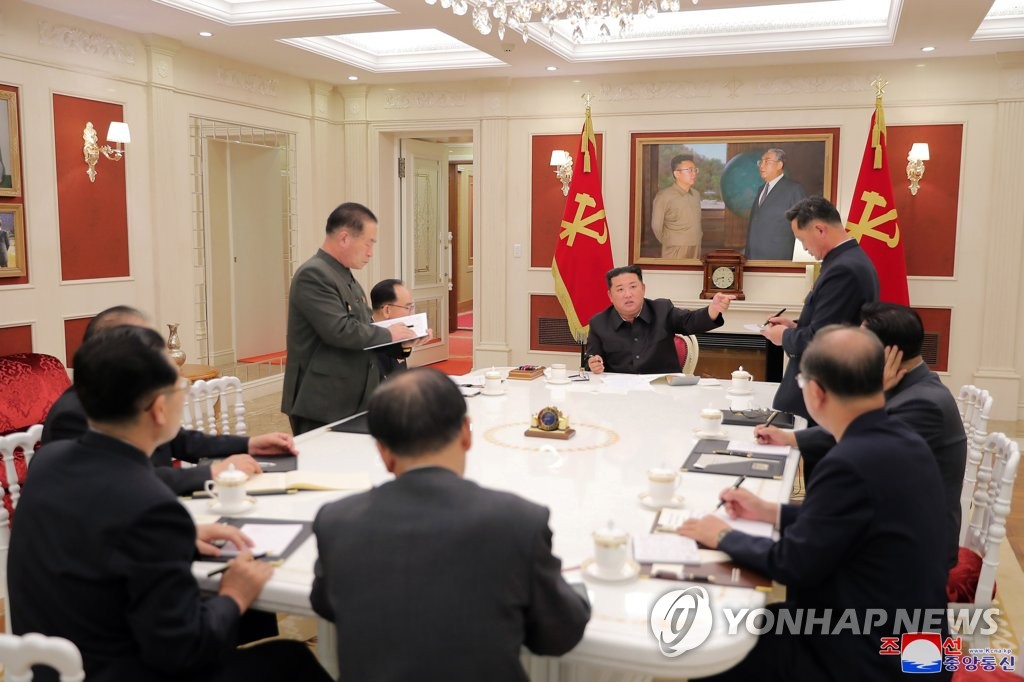