The 5th Squadron, 17th Cavalry Regiment, 2nd Combat Aviation Brigade was activated in the event at Camp Humphreys in Pyeongtaek, 70 kilometers south of Seoul, on Tuesday. It takes over from previous rotational aviation units.

The new unit is known to have dozens of the latest AH-64E Version 6 helicopters. In January, the U.S. Army said 24 of the latest Apache helicopters would be deployed here by February in the first overseas delivery of the new version of the aircraft.

In November last year, the Pentagon announced the results of its global defense posture review, which included a decision to permanently station a previously rotational Apache attack helicopter unit along with artillery division headquarters in South Korea. 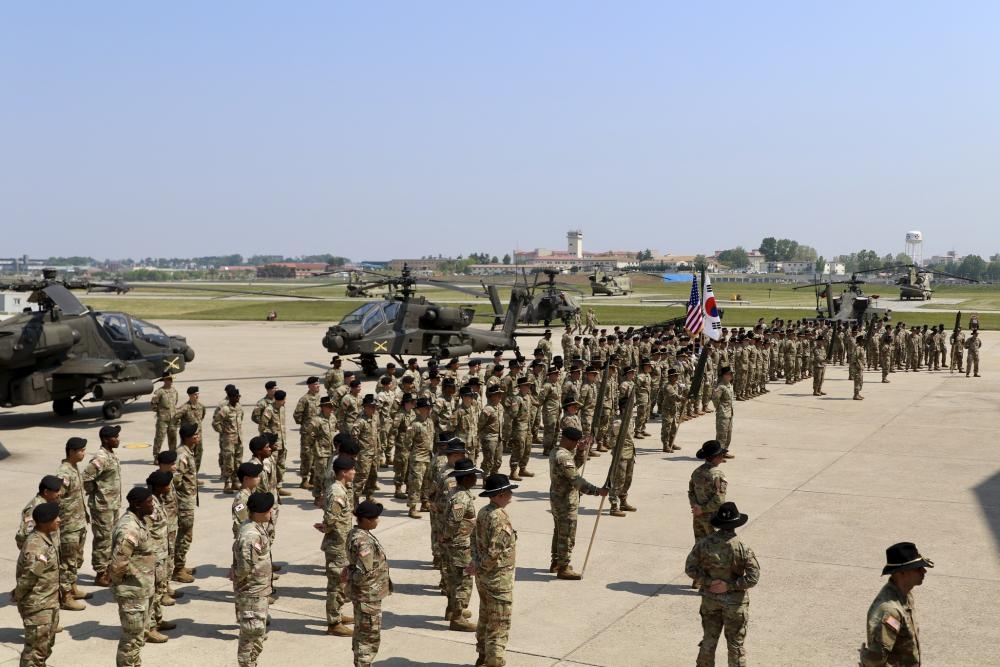