SEOUL, May 18 (Yonhap) -- President Yoon Suk-yeol and some 100 lawmakers from the ruling People Power Party (PPP) traveled to the southwestern city of Gwangju on Wednesday and paid their respects to the victims of the 1980 pro-democracy uprising in an unprecedented outreach to the home turf of the main opposition party.

The civil revolt, in which Gwangju citizens rose up against the then military junta led by late former President Chun Doo-hwan, has long been associated with the liberal opposition Democratic Party (DP), and the conservative party has kept a distance from it amid perceptions its roots have ties to Chun. 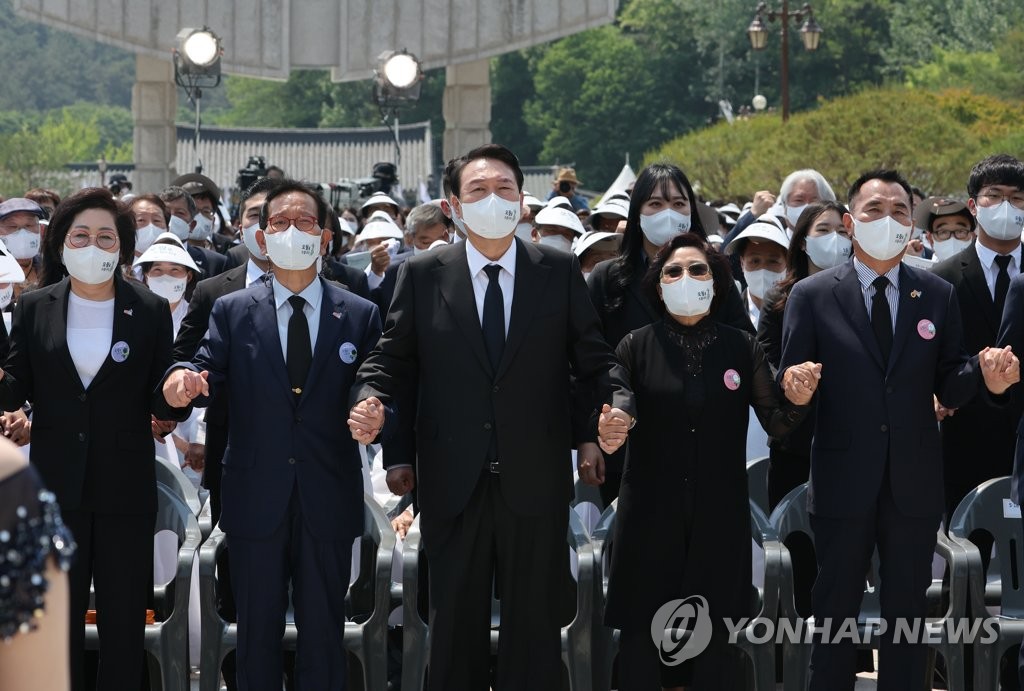 During the ceremony, Yoon and PPP lawmakers were seen singing along to the signature song for the pro-democracy uprising in Gwangju, "March for the Beloved," with some holding hands.

The song had been sung by a choir under the two previous conservative Presidents Lee Myung-bak and Park Geun-hye, before Yoon's predecessor and liberal former president Moon Jae-in ordered it to be officially sung by all participants at the annual commemorative event.

"Some of our party members used to sing the song personally, but today it was meaningful, because we decided to sing along together as a party," PPP Chairman Lee Jun-seok told reporters after the event. "I hope this is an irreversible change that does not go back to the past."

Yoon and the PPP lawmakers took a KTX high-speed train from Seoul to Gwangju to attend the ceremony.

The PPP's decision to have its lawmakers visit the annual ceremony en masse was seen as an outreach to the rival region of Honam aimed at improving its image and wooing centrist voters ahead of the June 1 local elections.

The DP, meanwhile, also had more than 100 of its lawmakers at the event. 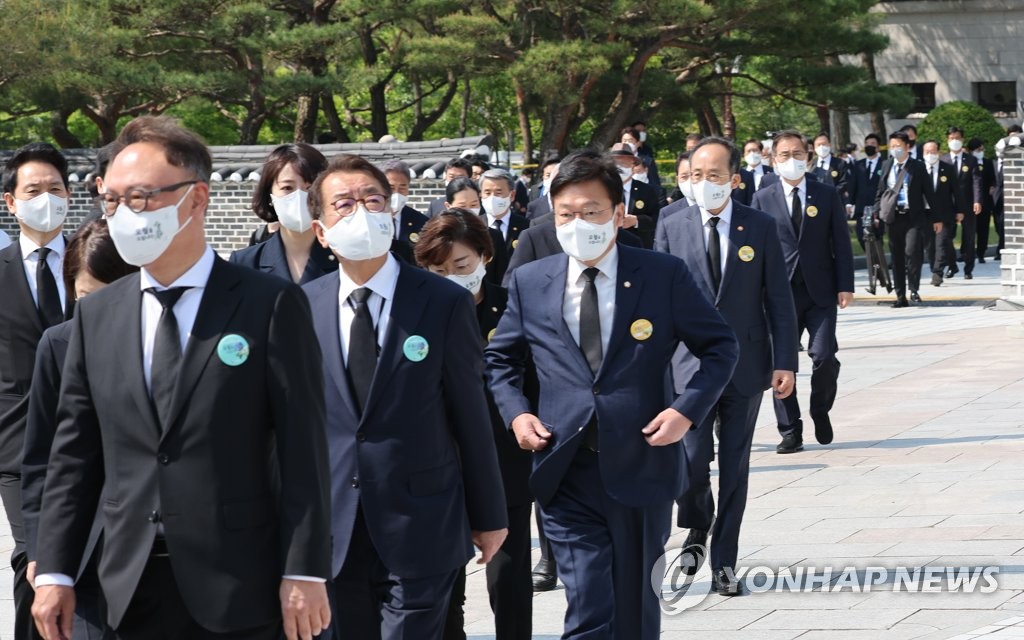