SEOUL, May 18 (Yonhap) -- South Korea's state deposit insurer said Wednesday it had retrieved more than 100 percent of the public funds spent to save Woori Financial Group Inc. in the wake of the 1997 financial crisis, as part of the government's plan to privatize the once state-owned financial behemoth.

Woori Financial is one of the four major financial holding firms in Asia's fourth-largest economy, along with Hana, KB and Shinhan.

With the latest stake sale, the KDIC has recouped a total of 12.87 trillion won, about 100 billion won more than the bailout funds that were spent to salvage Woori Finance in the aftermath of the 1997-98 Asian financial crisis.

The KDIC's stake in Woori Financial has come down to 1.29 percent following the latest stake sale.

The KDIC said it will make efforts to offload the remaining stake in Woori Financial without a hitch according to a government plan to complete its stake sale by 2022. 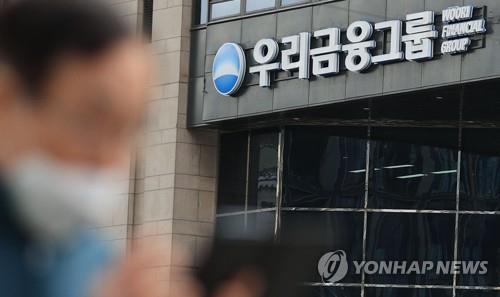