SEOUL, May 18 (Yonhap) -- The prosecution said Wednesday it has reinstated a specialized investigation organization for financial and securities crimes one day after new Minister of Justice Han Dong-hoon declared a wholesale crackdown on economic crimes afflicting ordinary people and investors in his inaugural address.

The office said the joint investigation team consisting of 48 people, including prosecutors, is an organization to respond to various financial and securities crimes, including unfair trading practices in the capital market, such as market price manipulation. 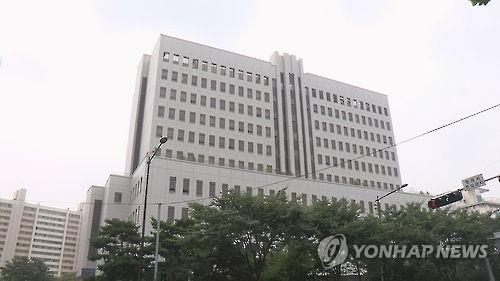 The predecessor of the joint investigation team, comprised of prosecutors, investigators and experts from financial watchdog agencies, the Korea Exchange and the National Tax Service (NTS), was disbanded in January 2020 as part of then Justice Minister Choo Mi-ae's efforts to reduce direct investigations by prosecutors under the preceding Moon Jae-in government's prosecution reform drive.

The predecessor team, established in February 2014, was dubbed the "Grim Reapers of Yeouido" for opening probes into as many as 965 cases and making arrests of 346 people for violations of the Capital Markets Act.

The prosecutors office said members of the new joint investigation team include seven prosecutors, 29 prosecution investigators and 12 officials from the Financial Services Commission, Financial Supervisory Service, Korea Exchange and NTS, who will be in charge of the tracking of illegal funds and capital transfers, the collection of evaded taxes, company analysis, the collection and analysis of transaction data, and the seizure of criminal proceeds.

The team will also participate in the investigation into socially important cases through cooperation with relevant agencies, the office noted.

"The capabilities to respond to financial and securities crimes will be remarkably strengthened by launching a professional investigation team that combines the prosecution's investigation experience with the expertise of external agencies," the office said in a statement.

"We'll try to establish market order by ensuring that the manipulation of stock prices is sternly punished through an immediate and systematic investigation into those who disrupt the capital market."

Since being nominated as the Yoon Suk-yeol government's first justice minister early this month, Han has vowed to restore the securities crime joint investigation team, citing the urgent need to cope with increasingly sophisticated securities crimes and the relevant damage to ordinary people.

Against such a backdrop, speculation is mounting the prosecution may reopen its investigation into some high-profile financial scandals involving Lime and Optimus funds, and SillaJen, a disgraced biotech company, amid allegations of some politicians being involved in those scandals.