SEOUL, May 18 (Yonhap) -- Presidents Yoon Suk-yeol and Joe Biden are likely to leverage their upcoming summit later this week to firm up and broaden the South Korea-U.S. alliance in the face of a provocative North Korea and an assertive China, analysts said Wednesday.

Their first in-person summit, set to take place in Seoul on Saturday, comes amid deepening concerns about the North's recent series of missile launches, the possibility of its nuclear test and China's assertiveness, not to mention Russia's war in Ukraine.

Biden is scheduled to arrive here on Friday for a three-day stay to be followed by a visit to Japan. His first Asia swing since his swearing-in last year takes on geopolitical overtones as he is keen on rallying democratic allies and partners against authoritarian regimes, the analysts said.

The planned summit is likely to highlight the Yoon administration's inclination to align more closely with the United States, which is likely to culminate in its expected declaration to join the U.S.-led Indo-Pacific Economic Framework (IPEF) widely seen as an initiative to counter China's growing regional influence. 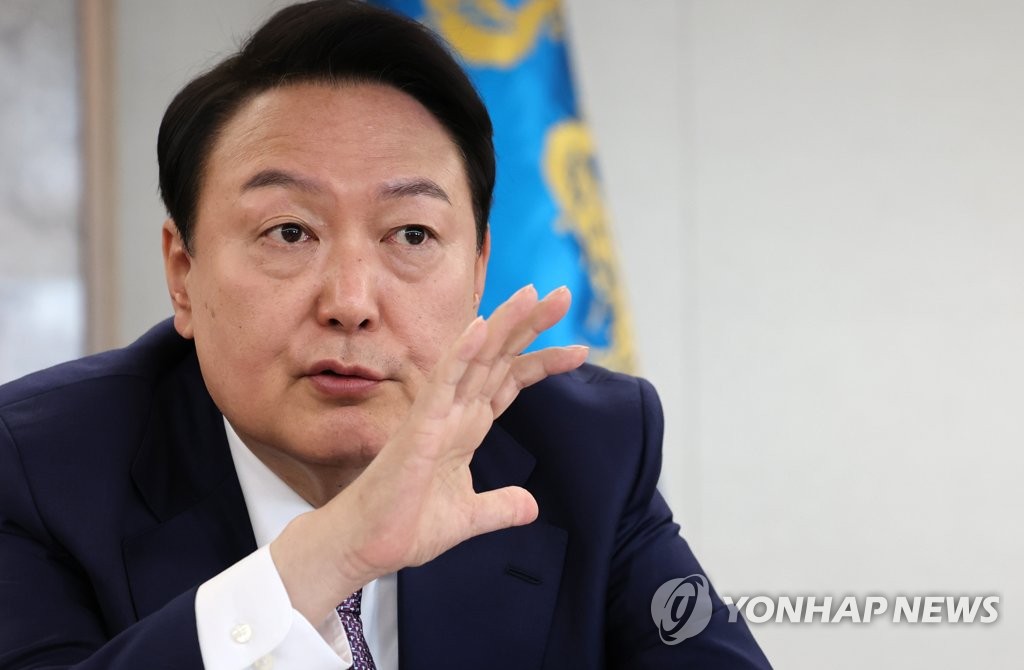 "As Yoon has expressed his desire for South Korea to play a role as a 'global pivotal state' based on shared values and interests, he may seek to work together with the U.S. for the restoration of the world order in a move away from a policy of strategic ambiguity," Park Won-gon, a professor of North Korea studies at Ewha Womans University, said.

The strengthening of the alliance would figure prominently in the upcoming summit, as Yoon has openly expressed his belief that the security partnership had weakened under his predecessor Moon Jae-in due in part to the scaling-back of major allied drills under a scheme to engage with the recalcitrant North.

A pressing agenda item is expected to be the allies' coordination over reinforcing the credibility of America's extended deterrence -- its stated commitment to mobilizing a full range of military capabilities, including nuclear options, to defend the Asian ally.

During his campaign, Yoon accentuated the importance of extended deterrence as Pyongyang continuously engaged in provocative acts, including an intercontinental ballistic missile (ICBM) launch in March that ended the regime's yearslong self-imposed moratorium on nuclear and ICBM tests.

Signs of the North's preparations for what would be its seventh nuclear test would also top the agenda, as such an experiment would further sharpen the North's capabilities to make its nuclear warheads "smaller and lighter" and thus complicate the security challenge on the peninsula and beyond.

The North Korean leader may see the fate of those agreements -- aimed at promoting mutual trust and peace -- as a touchstone to determine whether it is desirable to engage in negotiations with the South or the U.S. -- a democracy where a policy swing is inherent with a change of government, observers said.

The North's struggle to contain the suspected spread of COVID-19 could also be part of the leaders' talks, as observers see it as a potential opening for the allies' reengagement with the reclusive regime through humanitarian aid, like vaccine supplies.

Saturday's summit could also set the tone for the future trajectory of the alliance, as Seoul's potential entry into the U.S.-proposed economic framework could signal its tilt even closer to Washington in the context of an intensifying Sino-U.S. rivalry.

The preceding Moon administration's policy stance was couched in a term emblematic of South Korea's tricky geopolitical reality, "strategic ambiguity," as it sought to manage both the firm alliance with the U.S. and the strategic partnership with China, its top trading partner.

That reality would continue to weigh on the new Seoul government. But its alignment with the U.S. on the IPEF would signal more clarity on its position over the strategic competition between the two great powers.

The IPEF is aimed at deepening engagement with America's partner countries in the Indo-Pacific region, now a fulcrum of global wealth and power, on digital trade, supply chain resilience, infrastructure, green technology, tax and anti-corruption, according to U.S. officials.

"The Yoon administration may show more clarity on its foreign policy strategy to differentiate itself from the preceding administration, but would still explore ways to maintain communication with China," Nam Chang-hee, a professor of political science at Inha University, said.

"The challenging task for Yoon is to find a U.S.-tilted yet balanced positioning, as it needs to maintain cooperation with China at a time when we need Beijing's role regarding the North Korean issues," he added.

The prospect of Seoul's closer alignment with Washington has apparently created unease in Beijing. In video talks with his South Korean counterpart, Park Jin, on Tuesday, Chinese Foreign Minister Wang Yi stressed the need for the South and China to oppose their possible "decoupling."

Another geopolitical issue at the planned summit could be the allies' shared stance on the Taiwan Strait issue.

In the statement from the summit between Moon and Biden in May last year, the leaders emphasized the "importance of preserving peace and stability in the Taiwan Strait" -- a phrase that irked China that regards Taiwan as part of its territory under a one-China policy.

Aside from bilateral issues, Biden is expected to capitalize on his visit to Asia to call for closer cooperation between Seoul and Tokyo that have long been caught in diplomatic rows over wartime history and trade.

"His visit here on the way to Japan may have the effect of demonstrating that South Korea is part of America's broad strategic picture for keeping China in check in Asia," professor Nam said. "A message for Japan could be that the U.S. does not want to see Japan ramping up too much pressure on South Korea."