SEOUL, May 18 (Yonhap) -- The shocking implosion of the TerraUSD and Luna cryptocurrencies threw many young investors into a panic, some of them saying their entire assets were blown up or even leaving suicidal messages.

In a crash starting a week earlier, the once bullish TerraUSD and sister coin Luna had lost almost all their value as of Tuesday, sending shock waves across the world.

TerraUSD, also known as "stablecoin," and its digital coin counterpart, Luna, had been trading in the 10 cent-range and nearly at zero as of Tuesday, respectively, registering more than 99.99 percent falls from their highs and wiping out nearly US$38 billion of investors' money in a week, according to data by CoinMarketCap.

South Korea's financial authorities said about 280,000 investors were believed to be holding about 70 billion Luna coins as of late. 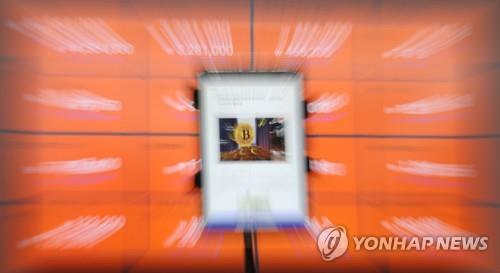 The sudden meltdown dealt a crushing blow to many tech-savvy young investors who betted big on the algorithmic cryptocurrencies, seen largely as experimental, amid the recent boom in cryptocurrency assets.

A 28-year-old businessperson, surnamed Kim, said his dream of affording his own home was shattered after he lost nearly 40 million won (US$31,510) in the cryptocurrency collapse.

"I was planning to build a jeonse deposit (a key money deposit for home lease) to leave my parents' home without their assistance. Now I am barely able to afford a monthly rent," Kim told Yonhap News Agency.

The market crash left a 30-year-old man, surnamed Yang, heavily indebted after losing nearly half of 50 million won he borrowed for investment.

"I was captivated after seeing people around me succeed in turning some millions of won into some hundred million won and dived into investment," he said.

"As soon as I started, my investment swung to losses, and now I am in anguish about my decision."

Similar accounts of massive investment losses were shared on online communities, with some investors even leaving messages hinting at plans of suicide.

CEO Do Kwon of Terraform Labs, the firm behind the troubled cryptocurrencies, earlier said in his blog post his firm is working on ways to keep its Terra blockchain and ecosystem going despite the collapse of its cryptocurrencies.

Investors were, however, skeptical, and some were planning to take legal action against Terraform Labs.

"We are not sure we will be able to win a suit, but we should at least give it a try," an investor wrote on an online community, seeking other investors to join a lawsuit against the company.

Some saw the cryptocurrency rout as a rare chance to stock up on the coins at a discount, but experts warned such coin hunting would unjustly give breathing room to the otherwise doomed cryptocurrencies.

"This incident teaches us a lesson that the act on digital assets, currently under discussion, needs regulations as strong as those under the capital market act," business management professor Hong Ki-hoon at Hongik University told Yonhap. 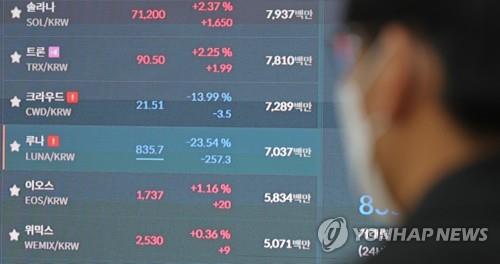