Hyundai Motor Co. and its affiliate Kia Corp. will spend most of the planned investments in expanding their existing EV production lines, developing future mobility parts and technologies, establishing the EV infrastructure and exploring new EV business opportunities, the group said in a statement.

"Carmakers have entered the race to take the leadership in the rapidly growing EV markets. Hyundai Motor Group will be quick to respond to the 'wave of environment-friendly future mobility' through massive local investments and R&D activities," a Hyundai official said.

The carmakers will increase the number of their locally produced EVs to 1.44 million units in 2030 from an estimated 350,000 for this year, the statement said.

Hyundai and Kia said they aim to achieve a combined domestic EV output volume of 45 percent of their global EV production goal of 3.23 million units in 2030, or 12 percent of the global EV market, it said.

Of the investments, Kia plans to inject hundreds of billions of won into its Hwaseong plant, south of Seoul, to build a 150,000-unit-a-year plant to produce purpose-built vehicles (PBVs).

Kia aims to start the construction of the PBV plant in 2023 and start the production in the second half of 2025. It plans to initially produce 100,000 PBVs in the plant and then increase the volume to 150,000 units later, the statement said.

Hyundai and Kia, which together form the world's fifth-biggest carmaker by sales, plan to launch more than 18 EVs and 13 electrified models, respectively, by 2030. 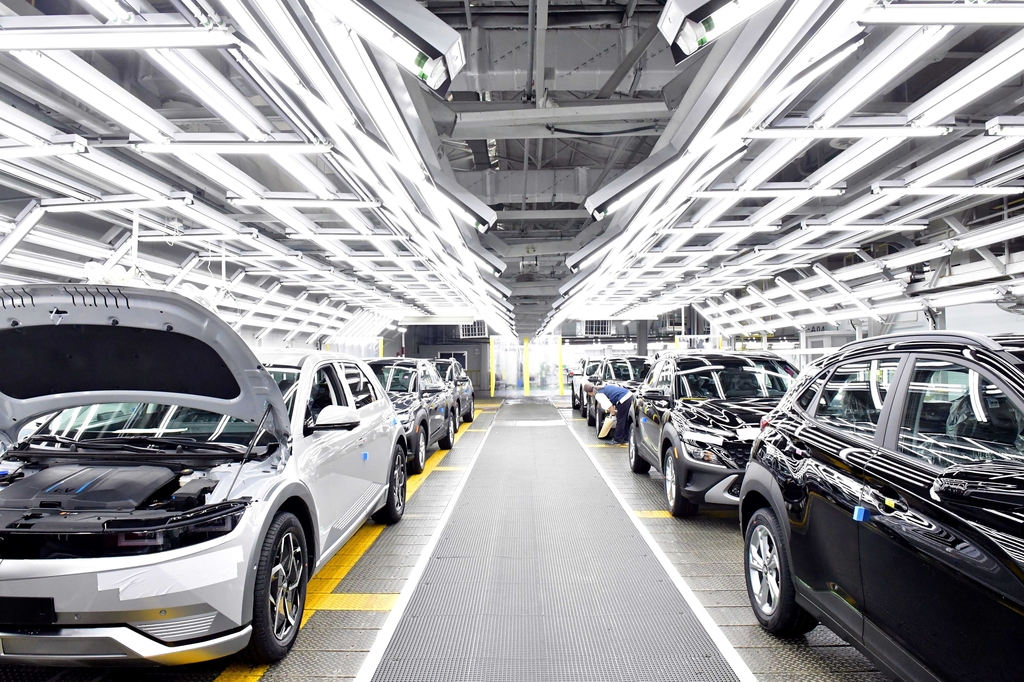