SEOUL, May 18 (Yonhap) -- A law aimed at preventing conflicts of interest in the public sector will take effect Thursday, prohibiting about 2 million public officials across the country from seeking personal gain using information related to their job responsibilities, the state anti-corruption agency said.

Under the Act on the Prevention of Conflict of Interest Related to Duties of Public Servants, officials at central and local governments as well as state-run public corporations can face up to seven years in prison or a fine of 70 million won (US$55,000) if they make personal gains by using insider information.

Relatives of public officials can also face up to five years in prison or a fine of 50 million won.

High-ranking public officials, in particular, will also be subject to various responsibilities under the law, including duties to submit past activity records in the private sector and report the occurrence of conflicts of interest upon knowledge of them.

The law was passed by the National Assembly last year in light of the massive land speculation scandal involving the state-run housing developer Korea Land & Housing Corporation. More than 60 people, including lawmakers and government officials, had been arrested in the scandal as of March, according to the police.

In the second half of this year, the Anti-Corruption & Civil Rights Commission (ACRC) will conduct an inspection of all high-level officials, including the Cabinet members of the new government, to see if they have abided by the law and evaded conflicts of interest, the ACRC Chairperson Jeon Hyun-heui said. 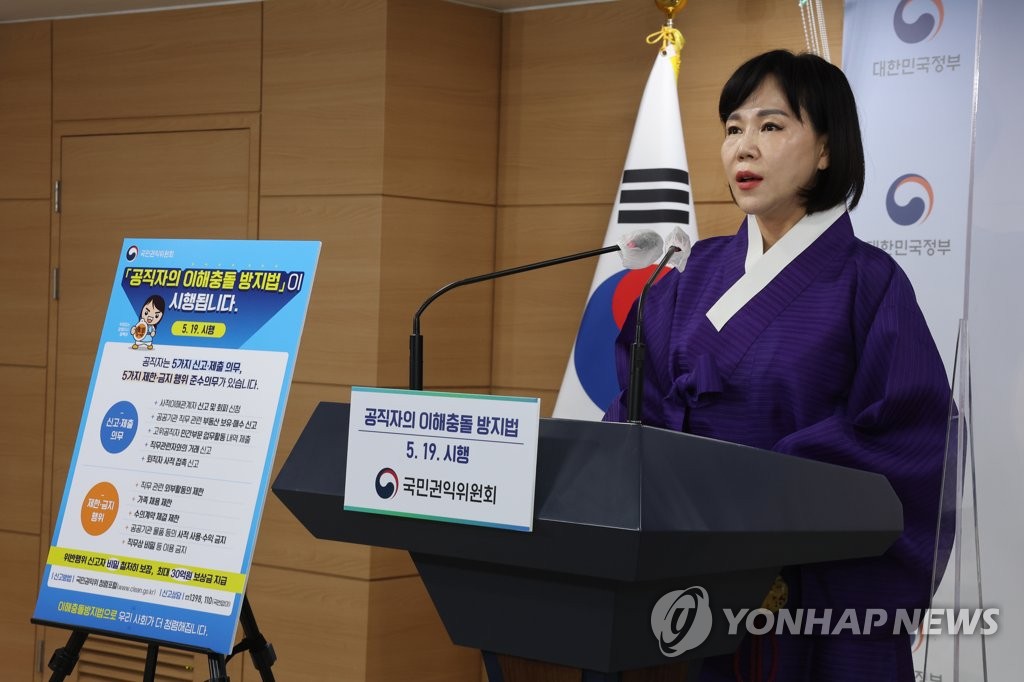 Conflict of interest prevention law to take effect this week

Conflict of interest prevention law to take effect this week