SEOUL, May 18 (Yonhap) -- President Yoon Suk-yeol and U.S. President Joe Biden have a "plan B" ready to command the combined forces of the two countries in case North Korea carries out a major provocation during Biden's visit to Seoul this week, a presidential official said Wednesday.

Biden is set to arrive in Seoul on Friday amid concern the North could conduct a nuclear test or launch an intercontinental ballistic missile around his three-day visit. 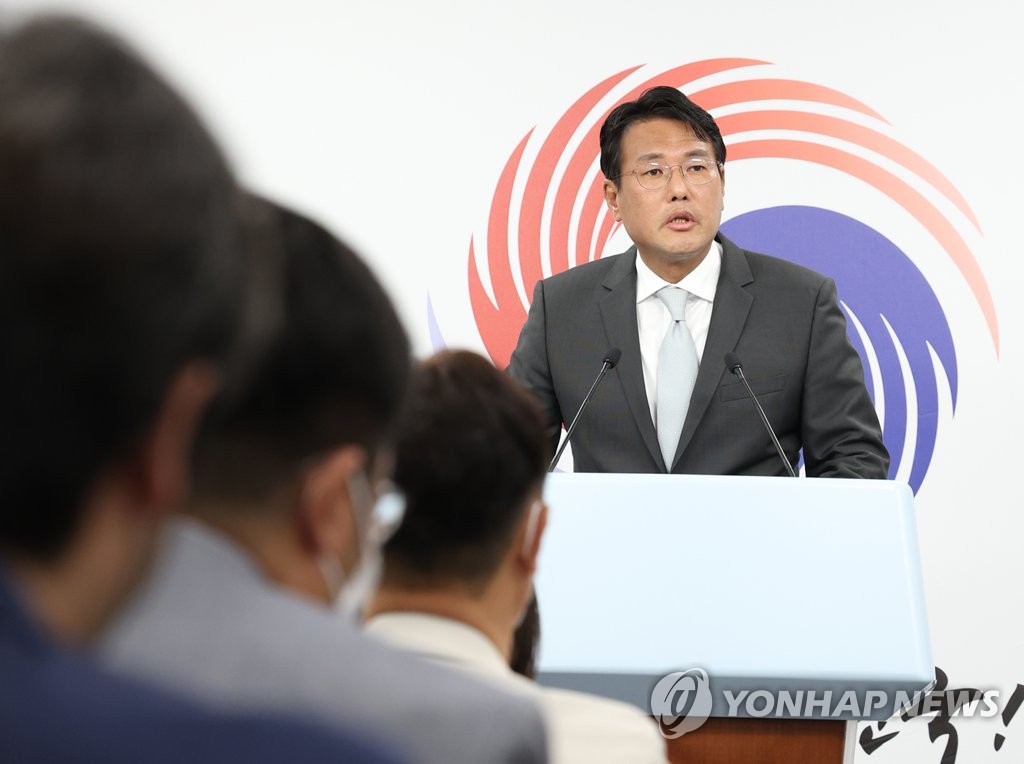 "At the moment, we assess that the possibility is relatively low of North Korea carrying out a nuclear test by the weekend, but preparations for an intercontinental ballistic missile launch appear to be imminent," Kim Tae-hyo, first deputy chief of the presidential National Security Office, told reporters.

"In the event of a North Korean provocation, big or small, during the three-day summit period, depending on its characteristics, we have prepared a plan B so that the leaders of South Korea and the United States will immediately enter the command and control system of the South Korea-U.S. combined defense posture, even if it calls for changing schedules," he said.

The summit will begin shortly after 1:30 p.m. at the new presidential office in Yongsan, central Seoul, first in a small group in Yoon's office on the fifth floor and then in an expanded format in the adjacent reception room.

Before arriving for the talks, Biden will pay tribute to fallen soldiers at Seoul National Cemetery.

"The first thing that will be addressed during the one-on-one summit will be coming up with an action plan for how South Korea and the United States will strengthen the reliable and effective extended deterrence," Kim said.

Asked whether Yoon and Biden could discuss a bilateral currency swap deal during the summit, Kim replied that South Korea's economic fundamentals are solid, but the two leaders could discuss "smooth and swift cooperation" in stabilization of foreign exchange markets.

With regard to the matter of a currency swap deal with the U.S., an official at the presidential office said the two nations have been holding "substantial discussions."

The Yoon government will hold its first National Security Council meeting on Thursday to prepare for the Yoon-Biden summit and discuss North Korea's movements toward possible provocations, another presidential official said.

Yoon and Biden are also expected to agree to add a "technological" pillar to the military and economic alliance between the two countries.

The talks are expected to last for about an hour and a half, after which the two sides will summarize the results on paper and prepare the final draft of the joint summit declaration.

The two sides are currently in the final stages of drawing up the declaration, Kim said.

By 4 p.m., Yoon and Biden are expected to hold a joint press conference in the basement of the presidential office building and each give opening remarks before taking reporters' questions.

After a break, Yoon will host an official dinner at the National Museum of Korea at 7 p.m. with around 50 guests in attendance from the South Korean side and some 30 people from the U.S. side.

Kim said Biden is not scheduled to visit the Demilitarized Zone on the inter-Korean border during his stay but will attend a different event related to national security.

Biden has twice visited the DMZ, first as chairperson of the Senate Foreign Relations Committee in August 2001 and then as U.S. vice president in December 2013.

Meanwhile, Kim said the U.S. recently offered to send COVID-19 aid to North Korea to help the country contain a massive outbreak but received no response.

He also said Yoon plans to virtually attend a summit in Tokyo next Tuesday, where Biden will formally launch the Indo-Pacific Economic Framework (IPEF).

Biden is due to depart for Japan early Sunday afternoon at the end of his three-day visit to Seoul.