SEOUL, May 19 (Yonhap) -- North Korea reported one additional death and over 260,000 new suspected COVID-19 cases Thursday, raising its total number of fever cases to nearly 2 million amid its battle with the virus outbreak.

According to the information of the state emergency epidemic prevention headquarters, more than 262,270 people showed symptoms of fever and one death was reported over a 24-hour period until 6 p.m. Wednesday, increasing the total number of fatalities to 63, the official Korean Central News Agency (KCNA) reported.

The total number of fever cases since late April in the country, with a population of around 25 million, stood at over 1.97 million as of 6 p.m. Wednesday, of which more than 1.23 million have fully recovered and at least 740,160 are being treated, it added.

The daily number of fever cases has stayed under 300,000 for the third day after peaking at over 392,920 on Sunday, suggesting that the situation may be actually improving.

"(We) will continue to watch the trend going forward," a ministry official told reporters on the customary condition of anonymity. 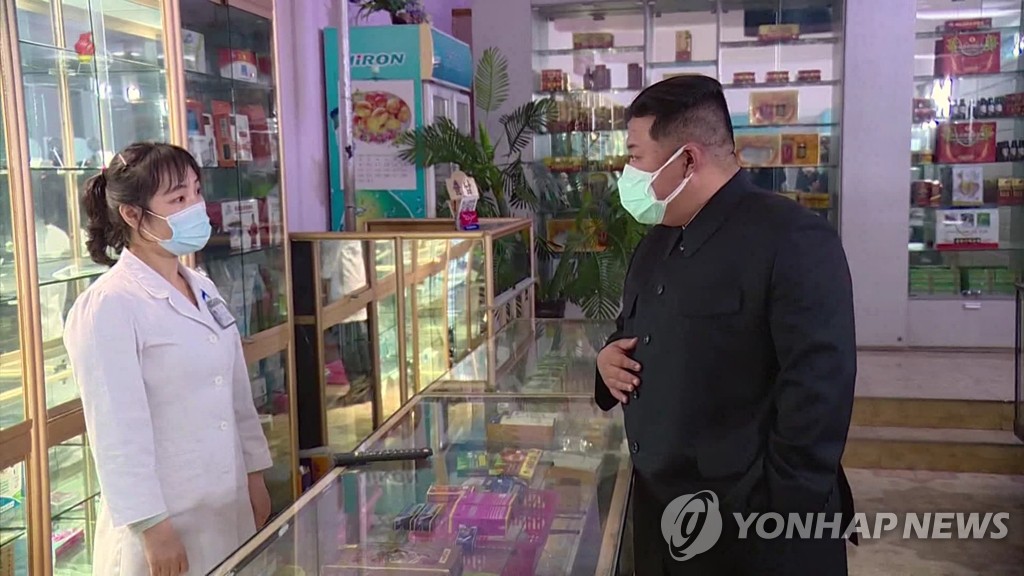 As part of the North's efforts to fight the spread of the virus, its media outlets made public antivirus guidelines.

On Thursday, the state-run Korean Central Television (KCTV) advised people to put masks on whenever going outside and to wear two masks at a time.

The nation's leader Kim Jong-un was spotted wearing two masks as he inspected a pharmacy in Pyongyang on Sunday in a KCTV broadcast.

The country has made all-out efforts to fight the virus, such as mobilizing its military to supply medicine to pharmacies in Pyongyang earlier this week.

During a high-profile Workers' Party meeting held Tuesday, the North's leader rebuked officials for failing to respond properly to the COVID-19 outbreak in its early stages, and called for "redoubled efforts" to stabilize people's lives.

South Korea has attempted to formally offer to hold dialogue with its impoverished neighbor, known for its dilapidated medical system, to provide assistance, but the North has not responded so far. 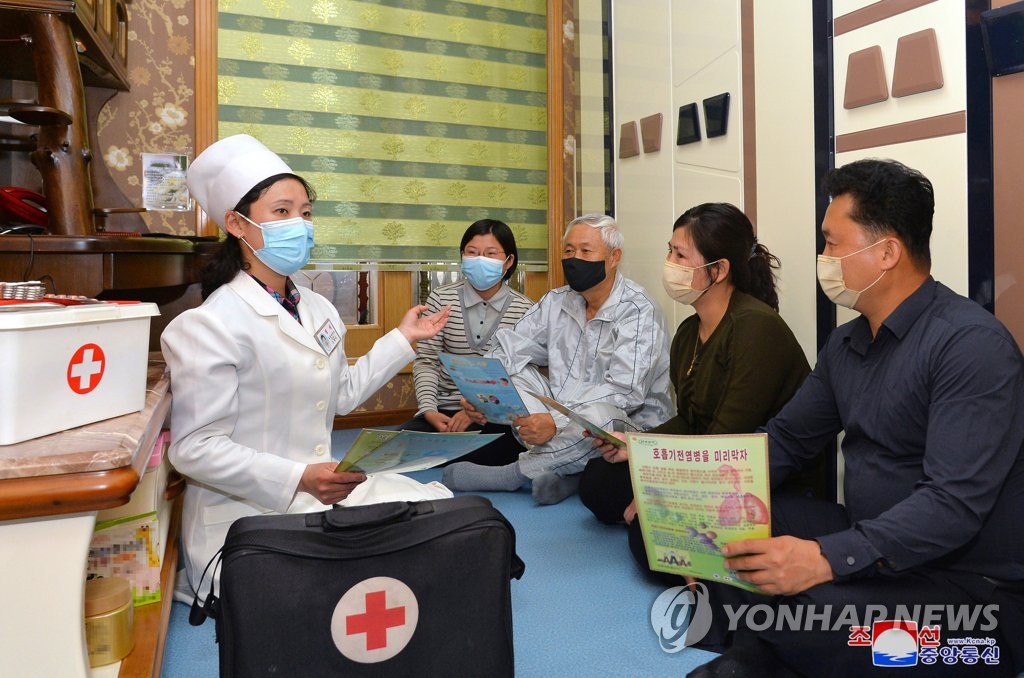