The talks between Defense Minister Lee Jong-sup and his U.S. counterpart, Lloyd Austin, came amid concerns about the possibility of North Korean provocations, including another long-range missile test. It was their first phone call since Lee took office a week ago.

"The minister and the secretary shared the view that the situation in and out of the region, including the Korean Peninsula, is grave, and that close cooperation between the South and the U.S. is more important than at any other time," the ministry said in a press release.

"They pointed out the North's series of ballistic missile launches and recent preparations for a nuclear test are provocative acts that heighten tension on the peninsula and in Northeast Asia and significantly threaten international peace and security, and they strongly condemned them," it added.

Lee used the talks to stress the importance of the deployment of America's strategic assets to the peninsula, as the two sides discussed ways to keep a "robust" combined defense posture to counter the North's threats, according to the ministry.

Austin reaffirmed the U.S.' "ironclad" security commitment to the defense of South Korea, the ministry added.

Lee also highlighted Seoul's policy priority on strengthening the bilateral alliance and its desire to play a role as a "global pivotal state" on issues, including in relation to the war in Ukraine.

The talks came as the allies are preparing for a summit between Presidents Yoon Suk-yeol and Joe Biden, set to take place in Seoul on Saturday. Biden is scheduled to arrive here on Friday for a three-day stay. 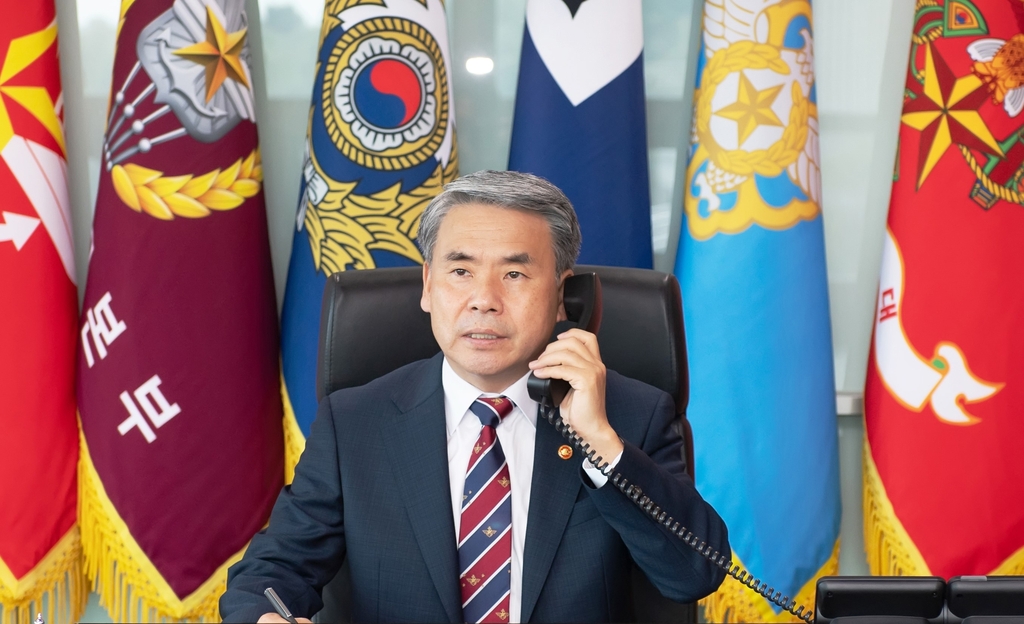