SEOUL, May 19 (Yonhap) -- Thanks to a last-gasp goal against their closest pursuer, Ulsan Hyundai FC have widened their lead atop the K League 1 tables this week.

Um Won-sang scored during second-half injury time for Ulsan, helping them beat No. 2-ranked Jeju United 1-0 on Wednesday at home in Ulsan, 415 kilometers southeast of Seoul. 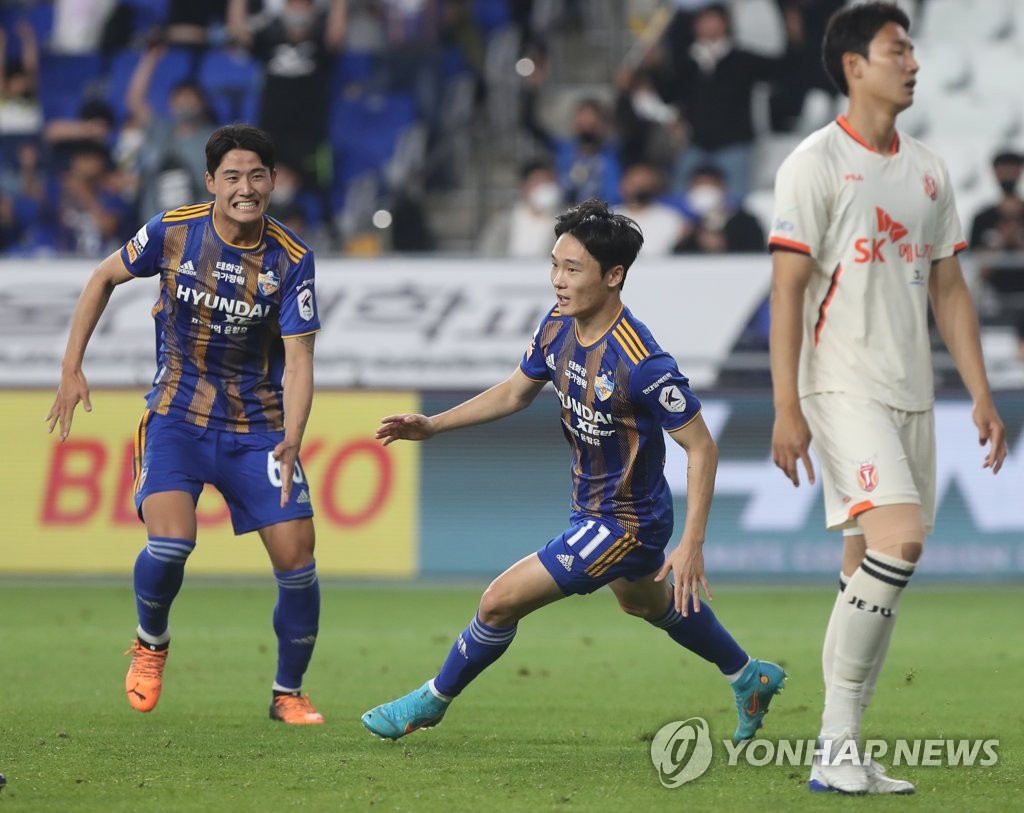 Also on Wednesday, Jeonbuk also moved to 22 points by beating Pohang Steelers 1-0. Jeju and Jeonbuk have the identical record of six wins, four draws and three losses, but Jeju hold the edge in the first tiebreaker, goals scored, by two at 16-14. 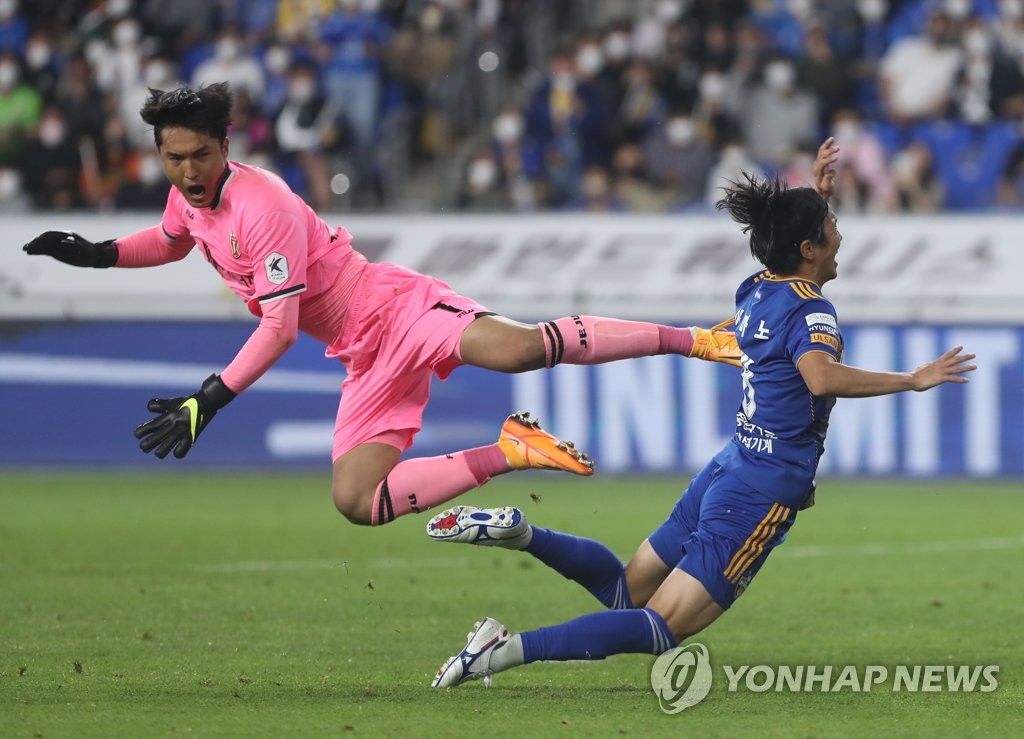 In each of the past three seasons, Ulsan finished in second place behind Jeonbuk. While Jeonbuk have the record for most championships in K League history with nine, Ulsan own the mark for the most runner-up finishes with 10.

They took an important step toward ending that drought by edging out Jeju. Um, who had a goal and two assists on May 8 and another assist last Saturday, stayed hot by scoring the winner. It came on Ulsan's 26th shot attempt. Jeju only had seven shots and still came within minutes of securing a point against Ulsan. 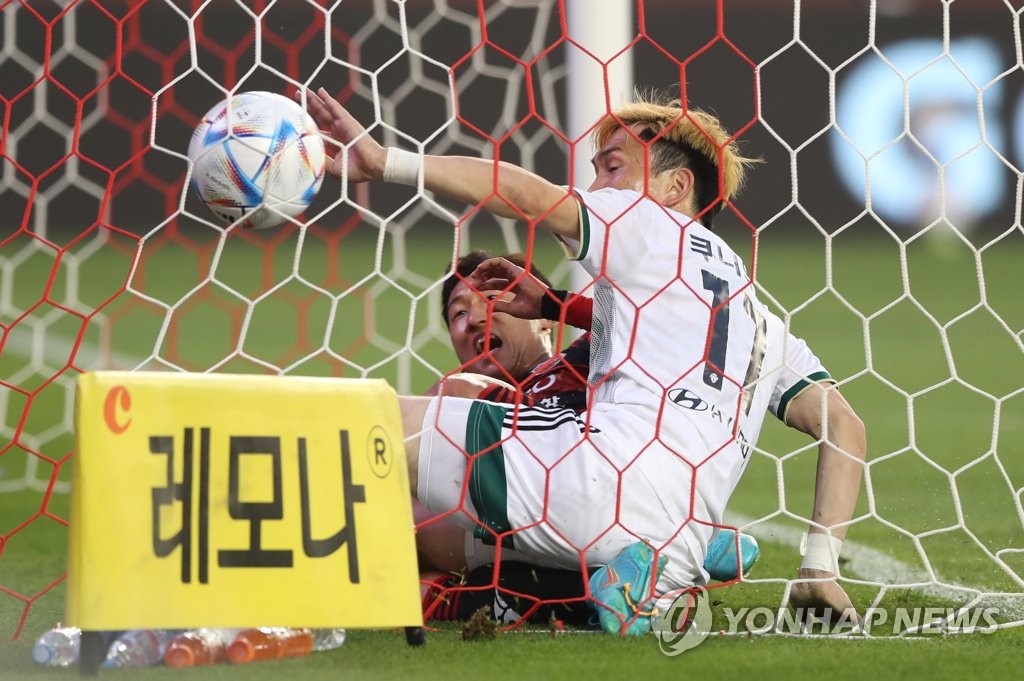 Whereas Ulsan peppered Jeju with shots, Jeonbuk only had three shot attempts against Pohang. Kunimoto's goal came on Jeonbuk's only shot on target in the match.

Still, Jeonbuk reached the top three in the tables for the first time since the opening weekend of the season on Feb. 20.

The battle of the two worst defenses in the K League did not produce any winner Wednesday, as Seongnam FC blew a lead late and settled for a 2-2 draw with Suwon FC.

Seongnam midfielder Kim Min-hyeok gave his team a 1-0 lead in the 33rd minute, but he put one into his own net in the 84th minute for the draw.

Gangwon FC, which began the week in 11th, climbed to 10th thanks to a 1-0 win over FC Seoul on Wednesday. It was Gangwon's first victory since March 5. Incheon United pulled out a 2-2 draw against Daegu FC on Tuesday, with the league scoring leader Stefan Mugosa netting the equalizer in the dying seconds.

That goal was Mugosa's second of the match. The Montenegrin striker now has 11 goals this season, two ahead of Gimcheon Sangmu's Cho Gue-sung in the Golden Boot race.

K League 1 teams will go right back at it with three matches each on Saturday and Sunday. 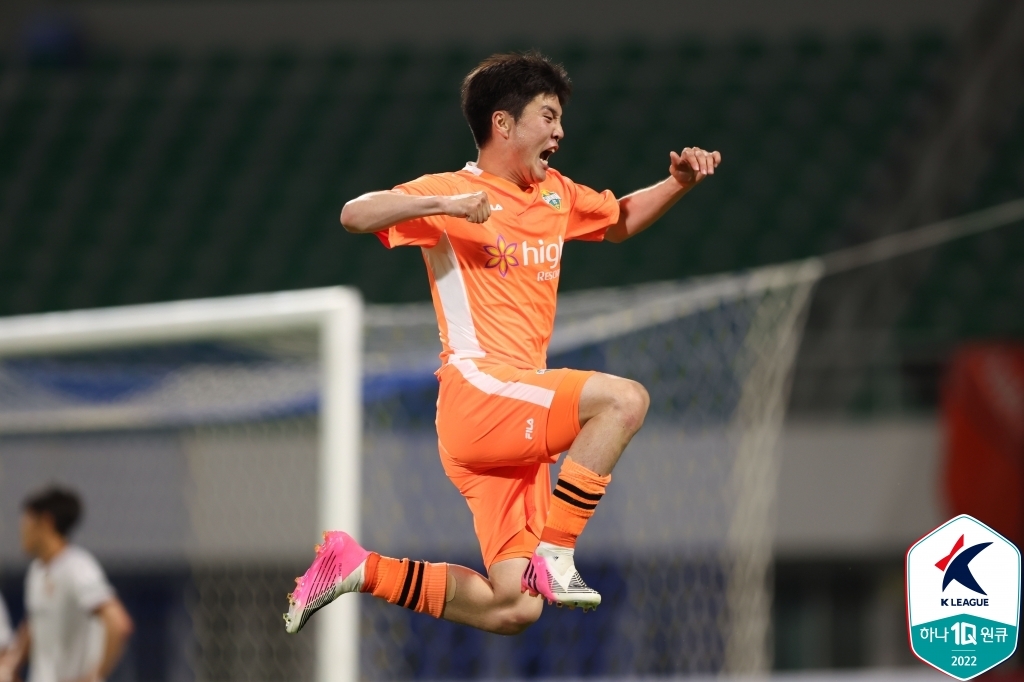