Asked whether he wants to send a message to the main opposition Democratic Party (DP), a day before the National Assembly votes on Han's nomination, Yoon replied, "I think (parliament) will take care of it in accordance with common sense."

Yoon made the remarks as he arrived for work at the presidential office.

A plenary session of the National Assembly will take place Friday to vote on Han's nomination. The DP holds the ultimate say on whether to confirm him because the party has 167 seats in the 300-seat National Assembly.

The DP's confirmation hearing committee declared Han as "unqualified," citing his post-retirement career at a law firm and other suspected irregularities.

But some members have expressed concerns that a disapproval could create a negative image of the DP ahead of the June 1 local elections, with criticism that the party is hindering the operation of the new government. 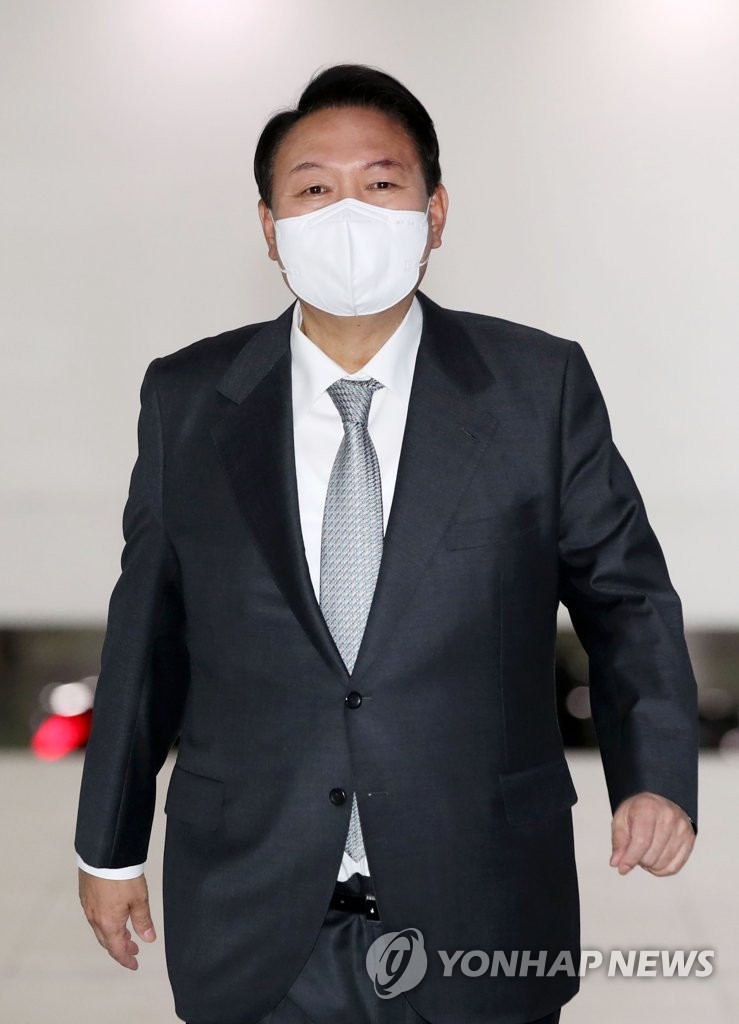