SEOUL, May 19 (Yonhap) -- Household income grew at the fastest pace on record in the first quarter on the back of the economic recovery and state relief funds for pandemic-hit merchants, data showed Thursday.

The average household earned 4.83 million won (US$3,800) per month in the January-March period, up 10.1 percent from a year earlier, according to the data from Statistics Korea. 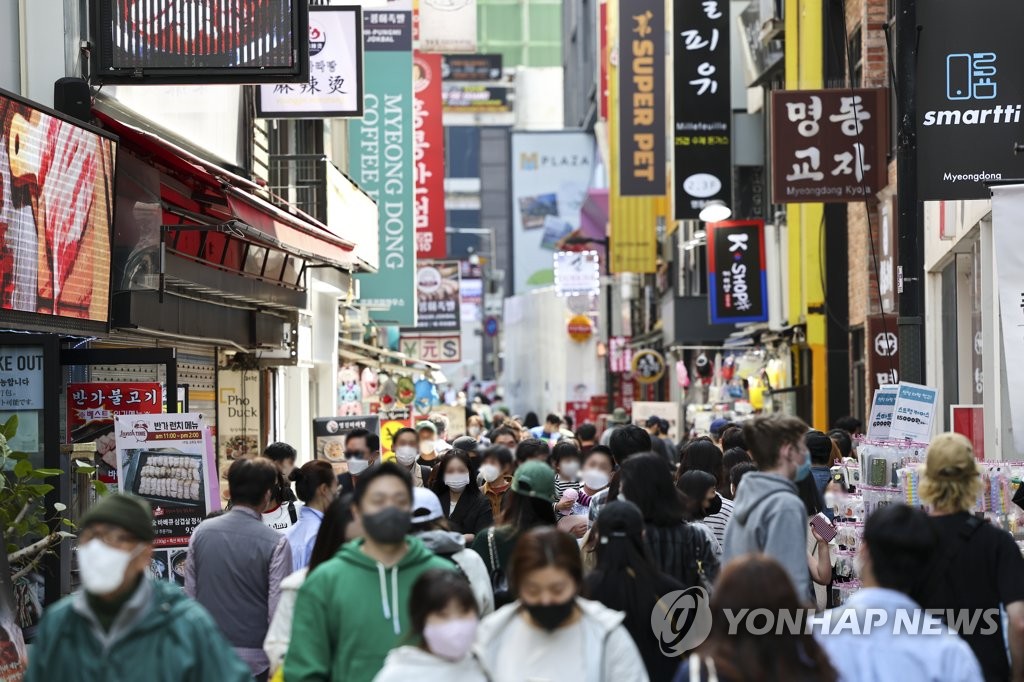 Transfer income backed by state support grew 9.5 percent to 544,000 won, mainly because the government drew up this year's first extra budget of 16.9 trillion won to support merchants hit hard by the COVID-19 pandemic.

Household spending increased in the first quarter, led by gains in expenditures on food, accommodations, and education and health care services.

The average household spent 3.5 million won per month, up 6.2 percent from the previous year.

Of the amount, monthly consumption expenditures gained 4.7 percent on-year to an average of 2.53 million won.

But households' average propensity to consume, measured by the percentage of consumption expenditures out of disposable income, declined for the third straight quarter as high inflation and rising interest rates eroded their purchasing power.

The average propensity to consume came to a record low of 65.6 percent, down 3.3 percentage points from the previous year.

Meanwhile, the income gap between the haves and have-nots narrowed for the third consecutive quarter amid the economic recovery.

The country's distribution ratio for disposable income, a key barometer of earnings equality, reached 6.2 in the first quarter, down from 6.3 a year earlier. A higher ratio means increased inequality in income distribution.

It means that the top 20 percent income bracket had 6.2 times more earnings than those in the bottom 20 percent over the cited period.