SEOUL, May 19 (Yonhap) -- Police have opened an investigation into sexual misconduct allegations against Rep. Park Wan-joo, officials said Thursday, days after the main opposition Democratic Party expelled him over the allegations.

The 56-year-old three-term lawmaker, who served as the DP's top policymaker, has been accused of sexually harassing a female assistant late last year.

On Monday, the DP kicked him out of the party in a unanimous decision at a general meeting of lawmakers and said it also plans to refer him to the National Assembly's special ethics committee for a potential penalty.

The Seoul Metropolitan Police is currently looking into the allegations after taking over the case from Seoul's Yeongdeungpo Police Station on Tuesday, according to police officials.

The victim's side lodged a formal criminal complaint against Park with the Yeongdeungpo Police Station on Monday, but the case was reassigned to the higher police body in light of the seriousness of the case, officials noted.

The victim reportedly raised charges of sexual harassment based on hierarchical superiority at the workplace, abuse of power and defamation. 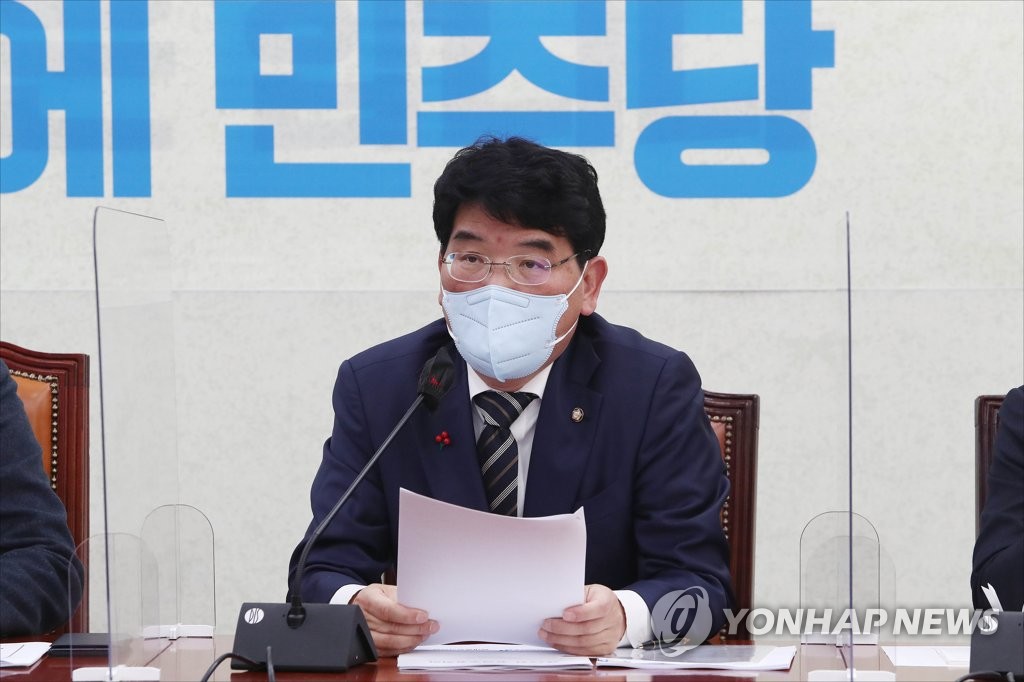