In its defense white paper and other documents, the ministry plans to reinstate the names -- the Kill Chain preemptive strike mechanism and the Korea Massive Punishment and Retaliation (KMPR) -- that the preceding Moon Jae-in government renamed with watered-down terms to facilitate diplomacy with the North.

The Moon government referred to the Kill Chain and the KMPR, a plan to incapacitate the North Korean leadership in a major conflict, as the "strategic target strike" and the "overwhelming response," respectively. The two elements were later combined and referred to as the "strategic strike system."

The three-pronged system initially consisted of the Kill Chain, KMPR and the Korea Air and Missile Defense.

"(With the revival of the names) it's fair to say that the concepts have gained more clarity," a military official said on condition of anonymity.

The name change came as Seoul and Washington are on high alert amid concerns about the possibility of North Korean provocations, like a long-range ballistic missile or nuclear test. 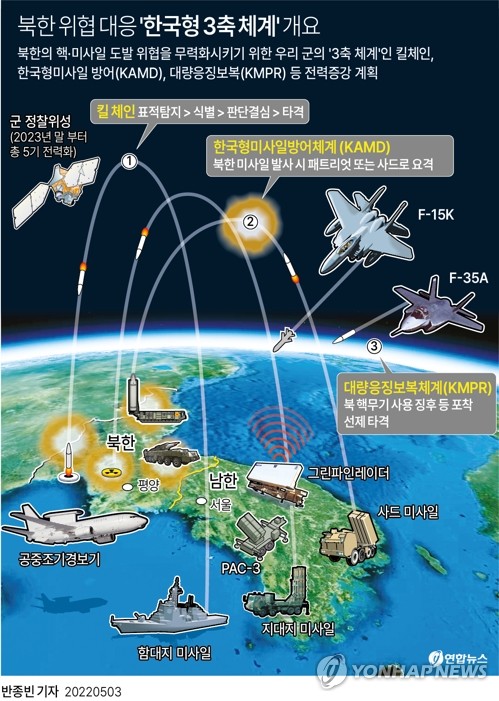