SEOUL, May 19 (Yonhap) -- The Supreme Court ruled Thursday that citizenship obtained through marriage not made in good faith should not be recognized, marking the first ruling on "sham marriages" as a means of getting citizenship.

Upholding a lower court's ruling, the top court found a Chinese national, whose identity has been withheld, guilty of violating the relevant passport law and the immigration law.

The woman entered South Korea in 1995 with a fake identification card and then married a local man for the purpose of immigration fraud, according to a court document.

She then got a South Korean passport under a fake name and married another Chinese man in 2012, the document showed. She entered and departed South Korea a total of 12 times between 2013 and 2017 with the fake passport.

"South Korean nationality obtained through a fake marriage should not be recognized," the court said in a ruling.

The ruling further said crimes related to obtaining citizenship through any fraudulent method should be punished sternly.

It marks the first time the Supreme Court delivered a ruling stipulating that citizenship should be annulled when a marriage itself is annulled. 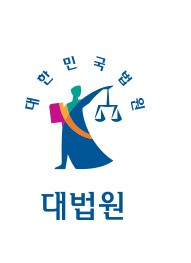