SEOUL, May 20 (Yonhap) -- President Yoon Suk-yeol and U.S. President Joe Biden toured a Samsung Electronics chip plant together on Friday, demonstrating their commitment to expanding the alliance between the two countries beyond the security sphere to global supply chains and other key areas.

The two met at the facility in Pyeongtaek, 70 kilometers south of Seoul, shortly afer Biden arrived in the country on his first visit as president and only 10 days after Yoon took office. 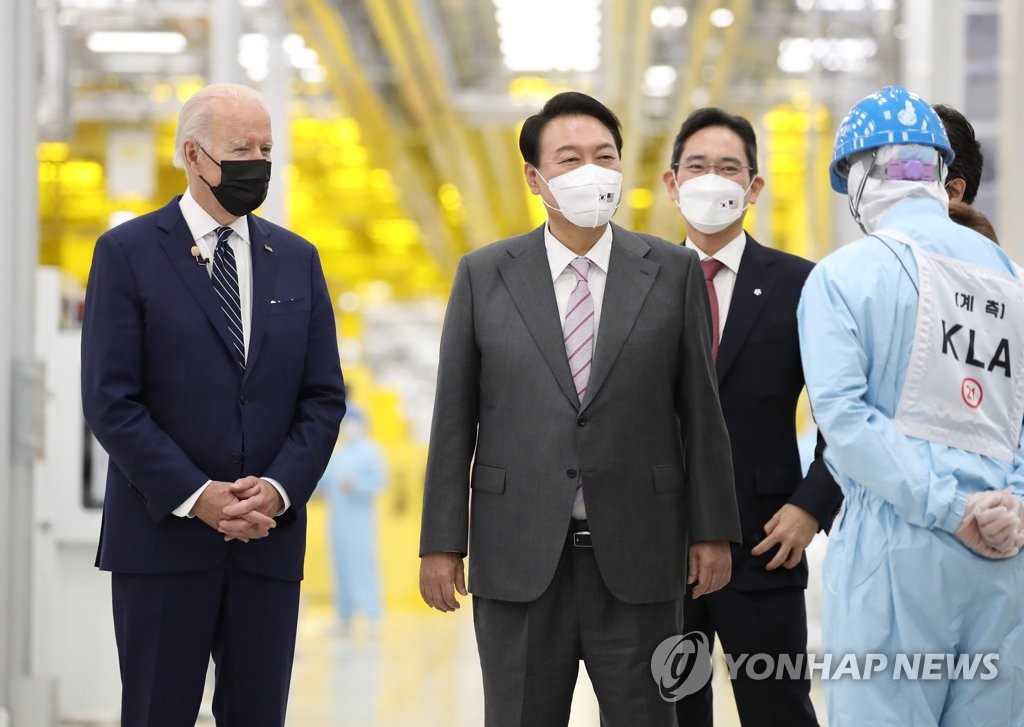 After touring the sprawling compound for about 20 minutes, with Samsung Electronics Vice Chairman Lee Jae-yong guiding them, the two shared a stage to give remarks on the deepening cooperation between the countries on semiconductors, supply chains and on charting a future together.

"I hope that through today's visit, the South Korea-U.S. relationship will be born again into an economic security alliance based on cooperation on cutting-edge technology and supply chains," Yoon said in his remarks.

"I ask President Biden to not only provide various incentives to our semiconductor companies for their investment in the United States, but to also take a great interest in the investment of advanced American material, equipment and chip design companies in South Korea," he said.

Yoon also pledged his administration's full support for the domestic semiconductor industry, saying he will consider the chips a "national security asset" and provide "bold incentives." 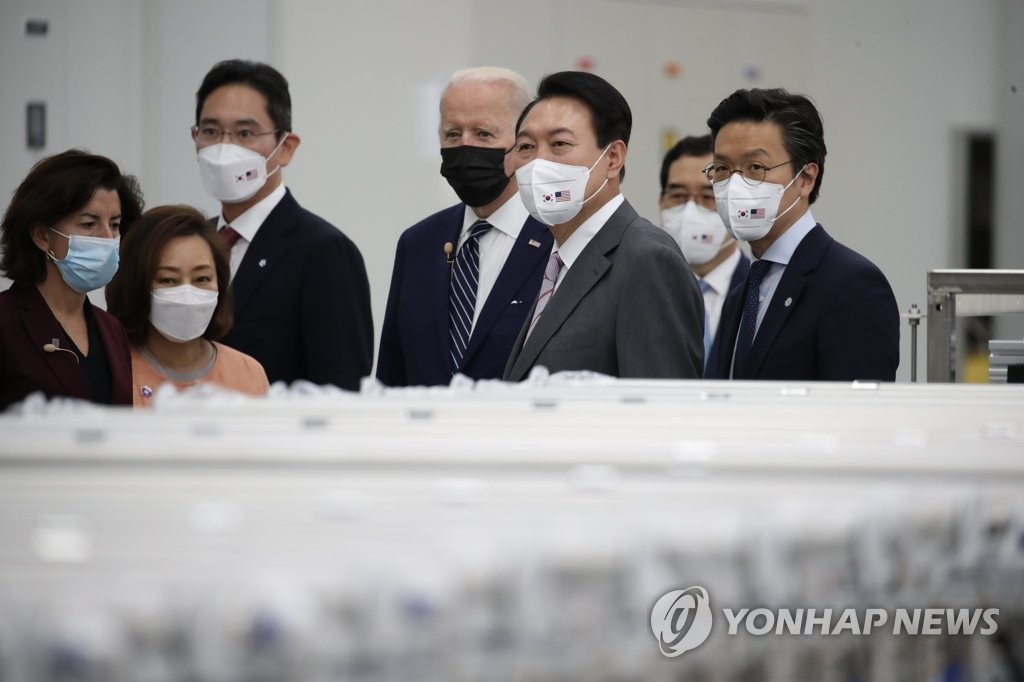 The visit to the chip facility was a highly symbolic move demonstrating the two countries' solidarity in the face of rising competition from China in securing supply chains amid a post-pandemic shortage of semiconductors, among other key materials.

South Korea has the second largest share of the global chip market at 19.9 percent, after the U.S. with 49.8 percent, according to data provided by the presidential office.

In memory chips alone, South Korea has the largest world share at 59 percent.

Biden said the pandemic exposed the fragility of "just in time supply chains" before Russian President Vladimir Putin's "brutal and unprovoked war in Ukraine" further spotlighted the importance of ensuring "our economic and our national security are not dependent on countries that don't share our values."

"A critical component of how we'll do that," he said in his speech, "is by working with close partners, who do share our values, like the Republic of Korea, to secure more of what we need from our allies and partners, and bolster our supply chain resilience."

"The alliance between the Republic of Korea and the United States of America is a linchpin of peace, stability and prosperity for the region and the world that we seek," he added. 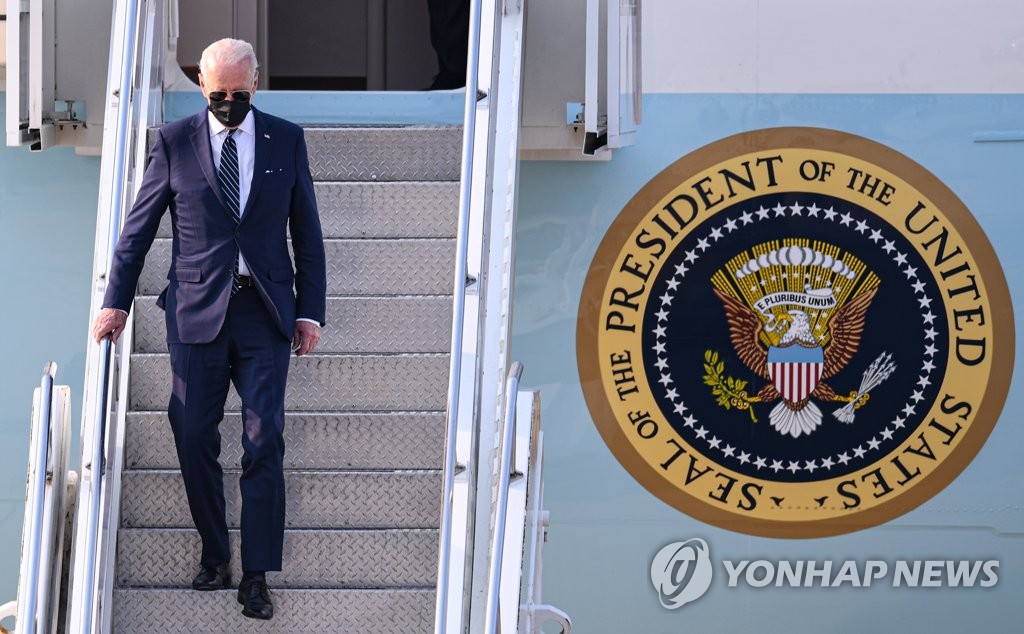 The two will meet again Saturday for their first summit, which will be held first in a small group and then in an expanded format, to discuss the full range of security and economic challenges facing the allies and the region.

Top among them will be the growing threat of North Korea's nuclear and missile programs, and the two sides are expected to discuss ways to bolster their combined defense and deterrence.

In the event North Korea carries out a major provocation, such as a nuclear or intercontinental ballistic missile test, during Biden's stay, the two leaders will immediately take command of the two countries' combined forces, according to the presidential office.

Both Seoul and Washington have said such a weapons test is imminent and could happen while Biden is in South Korea or Japan, the second leg of his tour. 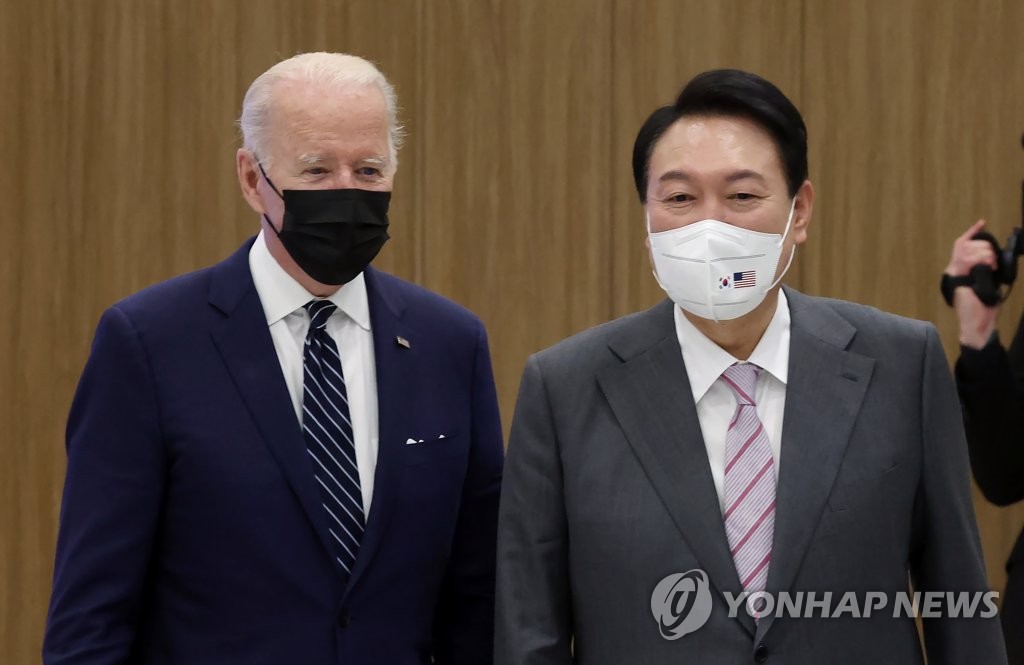 During their summit, Yoon is also expected to announce South Korea's participation in the Indo-Pacific Economic Framework, an initiative proposed by Biden to ensure secure and resilient supply chains, set the rules of the digital economy, and invest in clean, modern and high-standards infrastructure.

On Sunday, Biden will end his three-day visit at the Korean Air and Space Operations Center, a key Air Force operations center at Osan Air Base in Pyeongtaek, together with Yoon.

The two leaders will be briefed on the center's operations and encourage South Korean and U.S. service members. 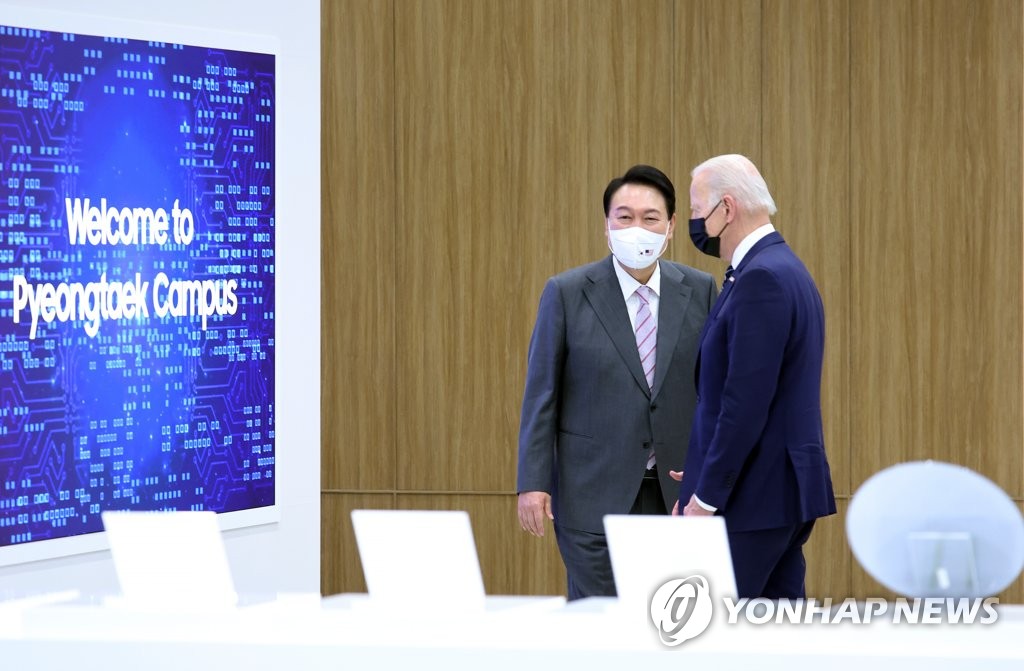