SEOUL, May 19 (Yonhap) -- South Korea, the United States and Japan are in talks over the idea of holding trilateral defense ministerial talks on the margins of an annual security forum in Singapore next month, a Seoul official said Thursday.

The talk of the three-way meeting emerged as Defense Minister Lee Jong-sup and his U.S. and Japanese counterparts, Lloyd Austin and Nobuo Kishi, are reportedly expected to join the Shangri-La Dialogue in the city state set for June 10-12.

"On the issue of holding the trilateral defense ministers talks between the South, the U.S. and Japan, the related countries are currently in consultations," the official at the defense ministry told reporters on condition of anonymity.

Should the three-way talks take place, it would mark the first such in-person gathering since November 2019. 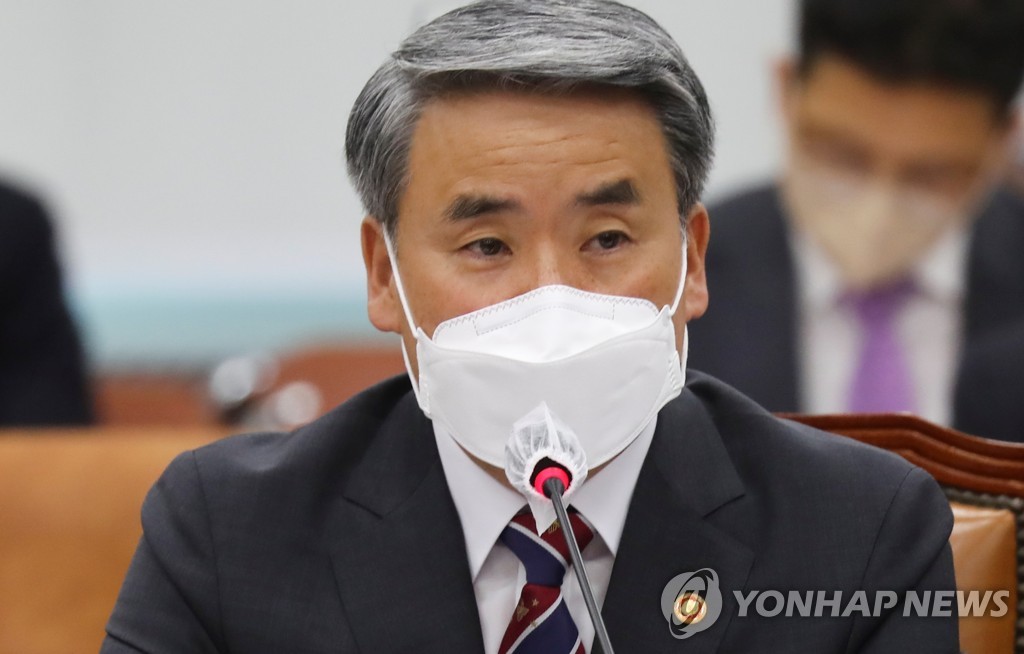