The producer price index, a major barometer of consumer inflation, stood at 118.02 in April, up 1.1 percent from a revised 116.70 tallied a month earlier, according to the preliminary data from the Bank of Korea (BOK).

From a year earlier, the index jumped 9.2 percent, faster than the previous month's revised 9 percent gain. It represented the 17th straight month of on-year rises.

Energy and raw material prices remained high due to protracted supply disruptions caused by the pandemic, which have been compounded by the ongoing war in Ukraine. South Korea relies heavily on imports for energy and key raw materials.

A rise in producer prices could put upward pressure on inflation as it could translate into prices of consumer goods.

The country's consumer inflation spiked 4.8 percent on-year in April, the fastest gain in more than 13 years. The rise quickened from a 4.1 percent gain in March.

In April, the central bank hiked its key interest rate by a quarter percentage point to 1.5 percent, the fourth rate increase since last August, to tame inflation.

BOK Gov. Rhee Chang-yong recently said that he does not rule out the possibility of a "big-step" 50 basis point rate hike going forward. 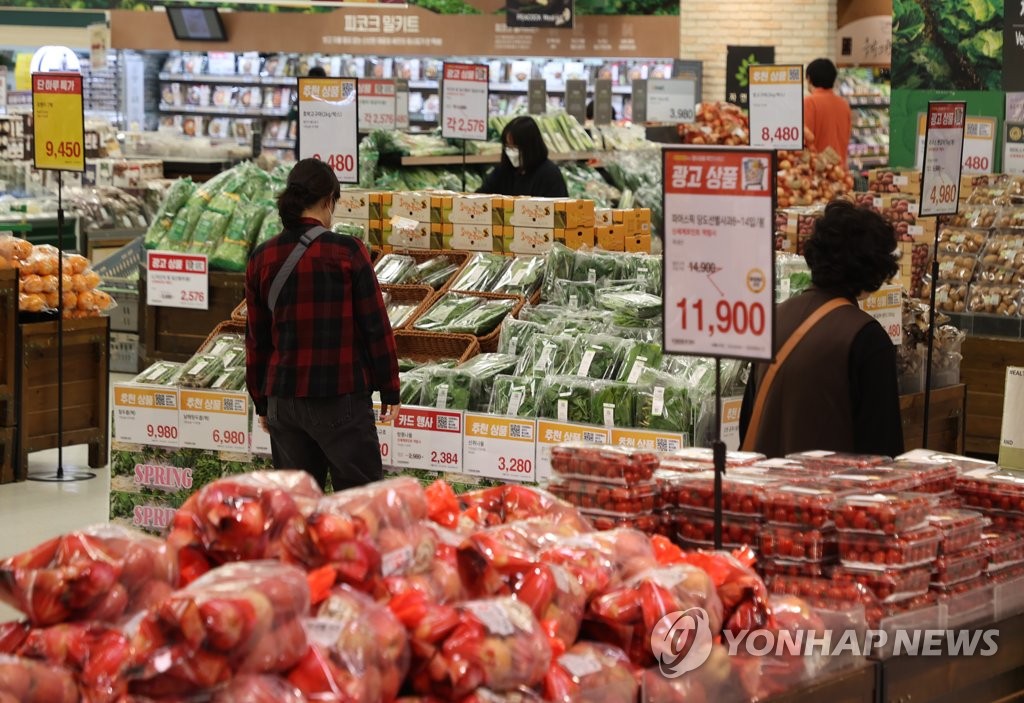